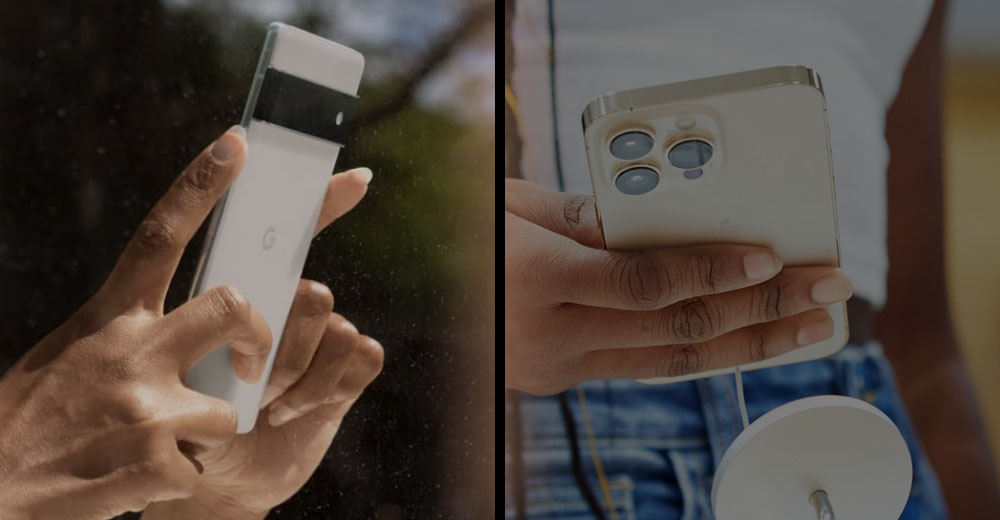 We are often faced with similar choices at first glance that later turn out to be very different.

Looking at the latest iPhone and Pixel smartphones’ launches on the surface, both products seem to embrace beautiful screens, advanced cameras, and differentiated designs.

Even economically, the two firms are very different. Google doesn’t care that much about initial profit margins on its devices because it makes money from advertising and selling customer information. However, Apple lives on margins. The company generates revenue by forever lowering costs while raising prices.

Customers well suited to either line are generally pleased with the outcome. Though historically (as long as they are not concerned with cost), iPhone users are more loyal than Pixel users.

Still, Pixel users aren’t as locked in and can move to a host of well-differentiated Android phones and manufacturers if they want a change. These Android alternatives include foldable and twin-screen phones. Apple users are locked in and enjoy a far more limited set of choices, which can be an advantage if you don’t want to anguish over that choice.

Let’s contrast Apple and Google smartphones this week. Then we’ll close with my product of the week, a new and nearly-affordable semi-pro VR headset from Varjo called the Aero.

These two companies are vastly different.

Apple was created during IBM’s dominance and reflects the now primarily obsolete “lock-in” strategy that IBM used. That strategy has the customer effectively locked out the competition, allowing Apple to dictate prices and features.

This strategy can, and should, result in a more profound knowledge about the customer, a more focused line, and a far less risky product development because, without choice, the customer will generally choose what you offer. At Apple, the product is king, and users are driven to the products Apple makes.

Google came to market when Microsoft was under fire and, to a certain extent, reflected a mirror image of what Microsoft was then. Though, over time, Microsoft has evolved to arguably be a better alternative to what it once was than has Google. This period was when lock-in had primarily failed as a strategy and customers wanted choices.

So, like Microsoft, Google licensed out its technology. Still, unlike Microsoft at the time, it championed concepts like open source and high interoperability. IBM and Microsoft both adopted these concepts in subsequent years, proving that Google initially went, to some degree, where most of the rest of the computer industry later headed.

Both iPhone and Pixel have multiple cameras with a significant focus on taking impressively good pictures and videos.

Apple’s A15 Bionic also has AI capabilities, but Apple isn’t as aggressive about using them. Among other things, for instance, Pixels’ AI does a better job of real-time translation, on-device automatic speech recognition, and creating live captions for media. Pixel tends to have more robust editing tools and, with the latest release, a Tensor-dedicated AI processor.

Revenue differences typically mean that for similar performance, you’ll pay substantially less for the Pixel phone than an equivalent iPhone. The underlying strategy is that Apple is more interested in you buying new phones while Google has been transitioning to more of a long-term support model where enhancements, where possible, are more aggressively pushed out to users.

So, the Pixel phones should cost less and last longer than their Apple equivalents.

I expect this differentiation to extend as Google focuses more on sustainability than Apple, possibly because Google’s model favors sustainability since it is more service-centric. Apple, which is focused more on product sales than services, conflicts with sustainability at the moment because its model is founded on device replacement.

Interestingly, both phone makers are using unusually robust but very different glass for their screens.

Apple uses a ceramic display that, like Sapphire, is more resistant to scratches than glass and more brittle. Google uses Corning’s most advanced solution, Victus, which promises scratch resistance in line with ceramics, but it should be more resistant to cracking than ceramics.

I expect Apple picked the ceramic approach because it was cheaper, while Google chose Corning because it was technically better, reflecting both companies’ priorities.

For the money, you get more capability with Pixel but less status. The iPhone costs more but gives you the Apple ecosystem, and it does convey status better than the Pixel.

Users who are very status oriented are likely to be happier with the Apple line, as are those who don’t want to learn new skill sets.

Those who are more function oriented, like to learn new things, consider the phone more of a tool than personal jewelry, and who want more phone choices will typically prefer the Android ecosystem and Pixel.

I’d take the Pixel over the iPhone any day of the week, however just as consistently, my wife would take the iPhone, and both of us would undoubtedly be happier with our choices than if we switched sides.

For those willing to put in the time to learn how to use advanced tools, want a lot for a low price, and who want a lot of choices, Android and, especially, the Pixel line would be the best bet. For those locked into the Apple ecosystem (moving from Apple to Android is painful) and particularly those who want a straightforward phone to use and that conveys status, then the iPhone line would be better.

Varjo arguably makes the best VR headsets in the market, but they are wickedly expensive.

Historically, Varjo’s target customers were the professional market and the military who need very high resolution, image accuracy, and can afford this offering class. Varjo headsets are not a cheap date, typically costing far more than any of us mortals would be willing to spend.

When coupled with software that will support them, these headsets do live up to expectations. Still, they are not only too expensive for consumers, most consumer-focused software just isn’t designed for the level of performance these headsets put out. 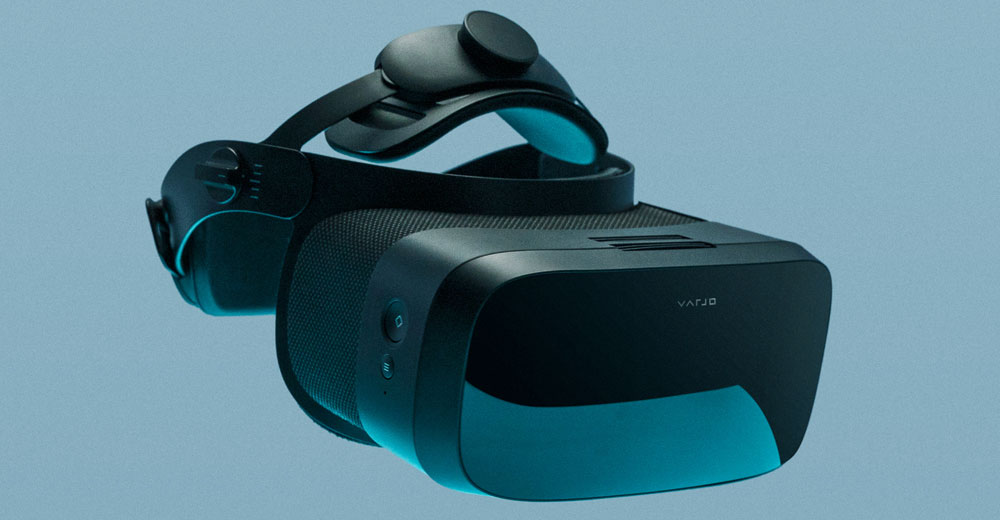 The Aero sets a new bar for high-end consumer and semi-pro VR headsets; with more reasonable PC hardware requirements, no monthly fees, and a far lower $1,990 price. This price is a fraction of the cost of Varjo’s professional line, yet it’s still one of the most expensive general-use headsets. 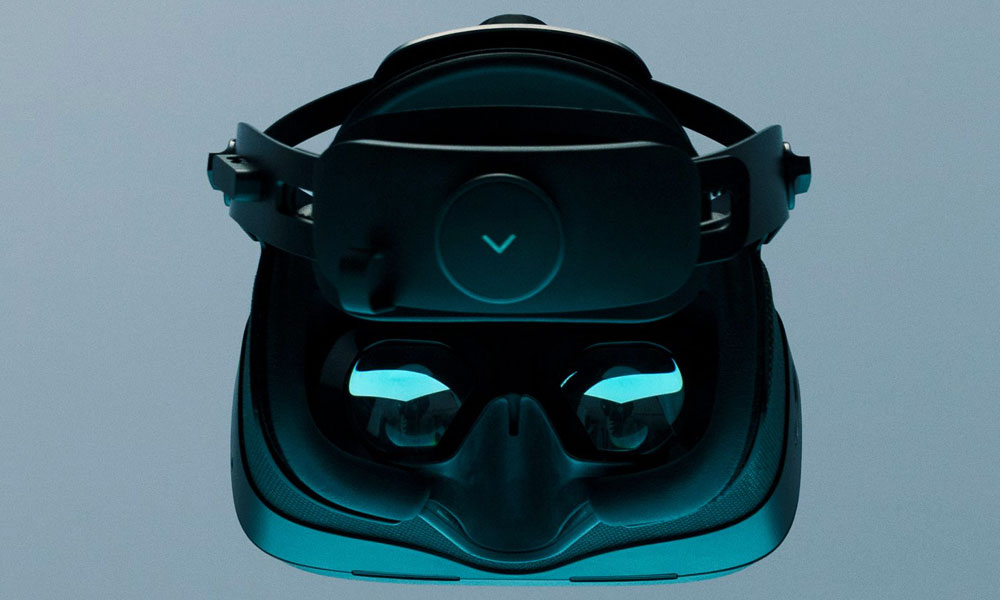 It has built-in eye tracking, supports Steam VR for a wide variety of content (and Steam VR controllers), and has active cooling because these headsets can get uncomfortably warm if used for long periods.

The Varjo Aero is tethered, and you’ll still need a decent gaming rig with relatively current discrete graphics to drive it (Nvidia GPU only now, AMD in the future). It doesn’t have cameras, so making sure you have a safe space to use it is critical.

This headset focuses on genuinely immersive VR like flight and driving simulators and driving where you have defined PC-connected controllers, and you are generally sitting down. I’m thinking of this for my home car racing simulator as it would be an improvement over the aging Samsung headset I now have.

As VR and mixed reality in general mature, we’ll see more stratified products like this to address the unique needs of serious gamers or those who use simulators to keep their flight and track costs down as I do.

Because the Varjo Aero addresses a need that I have, it is my product of the week.