Google has rolled out a new version of its free Google Maps Navigation application that’s compatible with smartphones running the Android 1.6 operating system, such as T-Mobile’s myTouch 3G and its G1. When the app was introduced last month in beta, it could only be used by smartphones running Android 2.0, the latest version of the OS, such as Verizon’s Droid.

Google Maps Navigation is an Internet-connected GPS system with voice guidance and automatic rerouting. Users enter a destination, and the app then delivers a map, business info, traffic data, and satellite and street view imagery along the route. Its key feature, however, is the ability to provide turn-by-turn voice directions similar to navigation systems such as TomTom that must be purchased.

“Now they are doubling back to offer it to other phones,” he said.

Google Maps Navigation for 1.6 is coming to market without some of the features in 2.0, according to an official Google blog post by Michael Siliski, product manager.

For example, the ability to use the “navigate to” voice command is not available for Android 1.6, he said. “However, you can still create a shortcut that will allow you to launch Navigation and start getting directions to a specific place from your current location with just a single touch from your home screen.”

Users can create a “Home” shortcut to navigate home, he continued. Use the “Add” menu item from the home screen, then choose “Shortcuts,” then “Directions.”

What It Does Have

The new release does include the Layers feature, which lets users overlay geographical information on the map, Siliski said.

Despite its limitations, Google Maps Navigation is viewed as a threat to GSP-guided voice navigation systems that have a price tag attached.

“Maps on the smartphone is one of the top categories of apps or tools,” Greg Sterling, principal with Sterling Market Intelligence, told LinuxInsider. Personal navigation devices as a standalone category will be subject to increasing pressure now that Google is expanding its rollout.

For starters, “the biggest driver of behavior is price, and I think a lot of people will opt for a free — even if it is inferior to the paid product — service,” he said.

Then there is the desire by most consumers to limit the number of gadgets they carry around.

Google’s app is still in the nascent stages of development, and it’s not easy for average consumers to take full advantage of it, Nogee opined.

“The menu options can be difficult to use,” he said. Its biggest plus is that it has “voice recognition for locations that mostly work. End of the day, I don’t think TomTom has anything to worry about for the moment.”

That said, Android has demonstrated great ability to leap forward with its functionality, said Bernard Golden, founder of HyperStratus and author of Succeeding With Open Source.

It will not take long for developers to work through the kinks to deliver even better and easier-to-use functionality, he told LinuxInsider.

There is significant demand for it — enough to make Google Maps Navigation a category killer, Golden predicted.

“This functionality is a huge deal — the kind of thing that makes people decide, all on its own, to buy a particular phone,” he said. 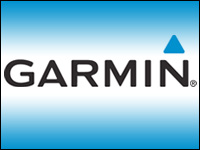