Google’s Loons to Glide Over India

Google has been in talks with telecom service providers in India to bring its Project Loon to the subcontinent, Rajan Anandan, Google’s managing director for Southeast Asia and India, said in an interview published Monday inThe Economic Times.

The project would deliver Internet access via balloons floating thousands of feet in the air.

It is Google’s latest effort to bring Internet access to remote parts of Asia. Last year, parent company Alphabet announced that it had signed agreements with mobile network operators inIndonesia to test the service later this year. The project was launched in 2014, when it was reported that the company was investing at least US$1 billion in efforts to deliver Internet access to remote areas.

Google also unveiled a project last year to provide high-speed public WiFi at400 train stations in India. The first of those went online in January. It plans to deploy 99 more by the end of this year.

The company’s efforts to partner with local telecom companies could give it an advantage in reaching remote areas via its high-flying balloons.

“Project Loon aims to cover large areas of sparsely populated land — with large aggregate populations — at a fraction of the cost of building out ground-based infrastructure in remote areas,” he told the E-Commerce Times.

However, it’s not meant for densely populated, which already are covered by cellular networks and broadband infrastructure.

“It is about reaching closer to 100 percent coverage of the human population outside of densely populated areas that are already well-served,” added Teich.

Google will have to ensure that Project Loon can address significant tech issues as well as reliability.

“Each balloon can serve as an access point for anyone on the ground in an 80-km/50-mile radius of the balloon,” he added. “Severe weather like hurricanes sometimes extend up into the 20- to 23-km altitude range, so we’ll see how that plays out, but the 80-km access radius should help cover folks in the middle of severe weather without subjecting the balloons to that weather.”

Google isn’t alone in attempting to utilize high-flying device delivery of the Internet.

Facebook has announced efforts to utilizeAMOS-6 satellites as the backbone of a dedicated system to deliver broadband-level connectivity to sub-Saharan Africa. It also has unveiled plans to use drones to deliver Internet access to those in remote areas.

The companies’ approaches are different and not just in the delivery methods.

“The difference is that Google will give access to the entire Internet,” said Roger Entner, principal analyst atRecon Analytics.

“In the end, it’s the companies’ attempt to expand their customer numbers in a financially reasonable way” and it will result in more people having access to some or all of the Internet, Entner added.

“Google’s project is no more altruistic that Facebook’s. Google will have better chances than Facebook because it’s working more closely with the government,” he said.

“The problems with Facebook’s Free Basics was that it violated the basic tenets of the Internet by violating net neutrality with prioritized sponsored content,” said Kevin Krewell, principal analyst at Tirias Research.

“While this may have made more business sense to Facebook, it creates a two-tiered Internet access that was not acceptable by Indian regulators,” he told the E-Commerce Times.

“Google should learn from that failure and focus on ubiquitous Internet access and working within the existing Indian telecom industry,” noted Krewell. “Hopefully they can build a business model that is sustainable and acceptable to Indian regulators who work closely with the carriers.” 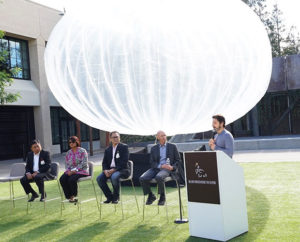 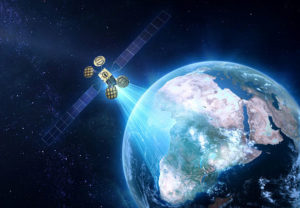 Facebook, Eutelsat to Use Satellites to Spread Net Across Sub-Saharan Africa