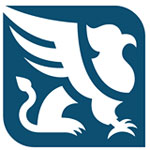 Gryphon Networks has had a presence in the sales intelligence and marketing compliance space for several years, primarily working through carriers such as Verizon Wireless and Quest. About two years ago, however, the company tweaked its direction after President and CEO Jeffrey Fotta noticed a curious fact during a client call.

The client was a national insurance provider that had some 8,000 reps using the Gryphon system for compliance. The company had hired an additional eight staffers to go behind the system and analyze the data that was being captured outside of the compliance activities.

They were looking for data to shed light on how new hires were doing in terms of closing contracts, or how often they were calling back leads to make an appointment, Fotta told CRM Buyer. Basically, they were hunting for information the insurance provider had identified internally as key sales performance indicators, or KPIs.

In a startling number of instances, management was surprised by the analyses.

Fotta knew he was on to something. “I could see there was a visibility gap between what the agents were telling managers in their pipeline reviews and what they are actually doing.”

Fast-forward two years. Gryphon Networks has rolled out Gryphon Sales Intelligence, a platform that can be configured to work with a company’s sales operations, whether its sales staff primarily uses office phones, dialing systems in contact centers, or mobile devices while on the road.

Gryphon Sales Intelligence sits on top of these systems, analyzing call activity data and providing visibility into how the sales staff is performing.

The intent is not to come down on sales reps who are not following processes or procedures, but rather to help them tweak their performance for maximum effect, Fotta said.

In the case if the insurance company example, it had determined that an important KPI was that a rep must make at least eight attempts to set up an appointment with a target. Once that appointment was set and kept, an actual sale likely would result.

Some of the reps needed encouragement to continue to try to set the appointments when it became apparent not everyone was attempting that many calls.

Call Activity at a Granular Level

The system is configured to capture call activity data automatically — across the enterprise, or for particular regions, offices or individual reps. If the system a customer builds includes call recording analytics, individual sales calls can be recorded and analyzed as well, Fotta said.

The subsequent information is displayed in a “glanceable” dashboard for sales leaders, Fotta said. Managers looking for more detailed analysis can dig deeper.

The system can be integrated with Salesforce.com via a download from the AppExchange and the Click-to-Dial icon. Call activity is automatically recorded without the reps having to enter it manually.

It can be used with other CRM systems, although the integration and deployment may require more work. However, each deployment — even if the backbone system is Salesforce.com — is different, Fotta said.

“Companies have their own KPIs they want to monitor — different ways in which their sales reps use telephone networks,” he noted.

The point is to make that activity easily understood and visible to management.

Intel’s Broadwell: What Happens When the MacBook Air Is Thinner Than the iPad Air? 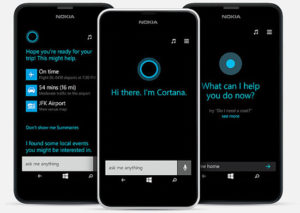