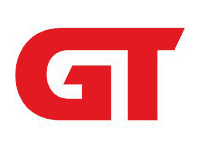 GT Advanced Technologies and seven of its direct and indirect subsidiaries on Monday announced they had filed for Chapter 11 bankruptcy.

GT, which makes sapphire components used in the iPhone, iPad and iPod touch, expects the U.S. Bankruptcy Court for the District of New Hampshire to authorize the company to continue to conduct business as usual while it attempts to resolve its current financial issues and develop a reorganization plan.

“GT has a strong and fundamentally sound underlying business,” said GT President and CEO Tom Gutierrez. “[Monday’s] filing does not mean we are going out of business; rather, it provides us with the opportunity to continue to execute our business plan on a stronger footing, maintain operations of our diversified business, and improve our balance sheet.”

Relations with Apple appeared to be rosy when GT reported on its fourth quarter earnings in February.

“Our arrangement to supply sapphire materials to Apple is progressing well and we started to build out the facility in Arizona and staff the operation during the quarter,” Gutierrez said at the time.

In its earnings statement, GT warned that revenue would be low in the first half of 2014. However, it promised an increase in the second half of the year, when it expected sales to be made that would account for 85 percent of the company’s revenue for the entire year — somewhere in the ball park of $600 million to $800 million.

The production deal with Apple, plus the prediction of a big revenue windfall in the fall quarter — just about the time new models of the iPhone were expected to be introduced — fed speculation that Apple would be using sapphire for more than lens covers. It would be using it for covering the face of the iPhone as well.

When the new iPhone was introduced in September, though, and sapphire use wasn’t expanded — although it was going to be used on some models of the Apple Watch — optimism among GT watchers began to evaporate.

The impact on Apple of the GT bankrupcy remains to be seen. GT had $85 million in cash on hand, it said when making the Chapter 11 announcement, and it expected to get more operating capital through “debtor-in-possession financing.”

Those funding sources will enable GT to satisfy the customary obligations associated with the daily operation of its business, including the timely payment of employee wages and other obligations, the company said.

It’s unlikely the GT bankruptcy will have an impact on products like the iPhone and Apple Watch.

“The only big thing Apple is using sapphire on is the watch, and I’m sure there are other providers that can deliver that,” said Van L. Baker,research vice president for mobility at Gartner.

“GT was betting on demand from Apple, and it didn’t materialize,” he told the E-Commerce Times.

“I can’t imagine a scenario where they’d leave themselves vulnerable to something like this,” he told the E-Commerce Times.

When GT inked its pact with Apple, there was a belief in some circles that the two could overcome the super scratch-resistant material’s limitations that have kept it from replacing glass in mobile devices. That apparently hasn’t happened yet.

“If you were to put a sapphire screen on an iPhone, which bends, the sapphire screen would crack,” he told the E-Commerce Times. “Gorilla glass flexes a bit, which allows the phone to bend a bit without breaking.”

While it’s tougher to scratch sapphire than glass, it’s not completely scratch resistant.

“Micro scratches occur in sapphire over time,” David Anderson, director of product marketing for ProtectYourBubble.com, told the E-Commerce Times. “That can weaken a device in the long run.”

Moreover, there doesn’t seem to be a big payoff for device makers to use the material.

“Are the phone makers going to get a higher demand if they put sapphire in these devices?” Anderson asked. “It’s not real clear that they would.” 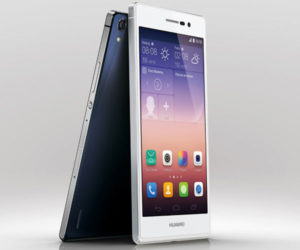 ‘iWatch’ Could Be Late for a Very Important Date

The Pain of an Apple Enthusiast: When Will I Be Wowed?