Nova is a USB cellular modem purpose-built for Internet of Things development. Its Hologram software tools are compatible with most single board computers, such as Raspberry Pi.

The Nova modem is open source and unlocked, so its use is not limited to Hologram’s SIMs. Though it targets the developer community, it has potential uses for everyone from makers to system architects. It sells for US$49.

Nova comes with the Hologram Python SDK, which makes cellular connectivity intuitive for Single Board Computers (SBC) like the Raspberry Pi family, Beagle Boards, CHIP and Debian-based systems, according to Pat Wilbur, CTO of Hologram.

“The product is already being well received. There is no industrial-grade equivalent to this. We have seen a lot of interest in a short period of time,” he told LinuxInsider.

Nova is certified through the Open Source Hardware Association. Both the Nova design files and the unlocked Python SDK are available on GitHub under the MIT license.

The hardware supports custom Access Point Names and can bypass sending data to Hologram’s cloud. Knowledgeable users can interact with Nova through raw modem AT commands, bypassing the SDK completely.

You can order either the 3G/2G or 4G Cat-M Nova from Hologram’s online store. A unit supporting Global LTE CAT-M1 with NB version (SARA-R410M-02B) will be available soon.

A starter kit is available from the online store. It consists of a Raspberry Pi 3 board, a Nova modem with some basic components, and a step-by-step tutorial.

Other Nova features coming soon include OpenWRT compatibility and support for the Arduino YUN, Tessel, Onion Omega and more.

Also coming soon: Windows 10 Core compatibility, to provide support for the Azure ecosystem and boards, like the LattePanda; and SDKs for NodeJS, C++, Go and others.

“The Nova model plus the combination of an SDK and access to a global connectivity in many respects changes the scope of what was once the M2M model, which tended to be driven by Tier 1 service providers,” said Howard Green, vice president of marketing at Azul Systems.

It represents the natural evolution of mobile connectivity capabilities, making it possible for developers to build working prototypes with off-the-shelf components that can be deployed and verified worldwide, he told LinuxInsider.

Until now, many people viewed much of the cellular network as being closed, according to Xu Zou, CEO of ZingBox.

“A solution capable of overcoming this perceived barrier can open up new use cases,” he told LinuxInsider.

While it is an interesting approach, many IoT devices already have been designed with connectivity — hardwired or wireless — in mind, or they are being retrofitted with such capabilities, Zou said.

A bigger issue is whether the IoT devices can be infected, compromised or commandeered via such connection, he cautioned. While there are benefits to open source, there have been real-world examples of open source vulnerabilities, such as the Heartbleed bug.

“With increasing reliance on IoT devices, the increase in connectivity options must be accompanied by equally increased focus on security,” said Zou. “Unfortunately, focus on security tends to lag behind.”

One major advantage to having an open source cellular modem is not being tied to a particular carrier, noted Hologram’s Green. Hologram developed the hardware, but it is not a hardware company — it is a connectivity company.

“Open source increases the level of transparency and lowers risk for product teams. Overall, the primary advantage of the Hologram modem, from my perspective, is helping accelerate time to market, said Azul Systems’ Green.

A potential disadvantage is moving from designs using off-the-shelf boards to configurations that meet high-volume cost targets. That issue could impact some development teams, he suggested.

Hologram is attempting to leverage its own expertise and industry standard technologies, noted Charles King, principal analyst at Pund-IT.

Like other open source efforts, Hologram aims to inspire interested developers and community members to use Nova in numerous products that would be enhanced with cellular connectivity, he told LinuxInsider.

“That has been difficult in the past, both practically and technologically,” King said.

Hologram’s approach seems like a great way to bootstrap new product development, added Azul’s Green. It may selectively have value for higher-volume services as well.

“I expect this to be embraced by the maker community as well as a variety of product teams in enterprises of all sizes,” he said, “building fully functioning proofs-of-concept sufficient to demonstrate the validity of new IoT products and services.” 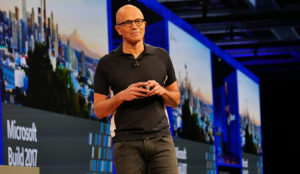