How Long Will the USPS Be Around? 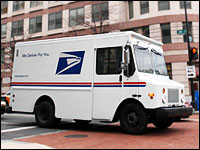 In October of 2010, I wrote an article for the E-Commerce Times entitled “Can the USPS Be Saved?” The point of my article was that the U.S. Postal Service needs a new business model that addresses the present-day realities of e-mail and e-commerce. Despite my intent to focus on the need for a new business model, the article drew some nasty comments and blog responses from the American Postal Workers Union.

Unfortunately, those who inferred that I was predicting the demise of the USPS misread the intent of my article. This wasn’t the point that I was trying to make. What I stated was that it was time for the USPS to have a new, bold business model — a business model reflecting the present-day realities of the world of technology, such as e-mail, e-books, etc.

A Sea Change Is Sweeping Over All of Us, Including the Postal Service

There is so much e-commerce making a direct impact on the postal service, it makes my head spin. Consider how convenient and instant e-mail is. If I want to share an article that I’ve read in a particular magazine or newspaper, I merely have to e-mail the link. I no longer have to cut out or copy the article, then write out an envelope to the intended recipient, then drive to the post office. I merely e-mail the link to the article.

The article that I share might have a video link in it. The video might have an interview with someone mentioned in the article — none of which is possible with regular mail.

Electronic mail has increasingly been supplanting normal mail. Consider the fact that a complex legal agreement which, if not signed by each signatory gathered in the same room, had to be delivered (by mail or courier) for one or more counter signatures. The document, once signed, would then be mailed back to the original signatory before it would then constitute a legally executed, enforceable document.

Nowadays, one merely has to attach one’s electronic signature to a document then send it off into the “cloud.” Within minutes, a countersigned, legally acceptable document will be received, saving printing, mailing and waiting. If one has questions about the legality of an electronic signature, of course, the first person to consult is one’s attorney. But I took a look at Wikipedia’s take on electronic signatures, and here is what it had to say:

In many countries, including the United States, the European Union and Australia, electronic signatures (when recognized under the law of each jurisdiction) have the same legal consequences as the more traditional forms of executing of documents.

Now consider what has happened to board books, the copious package of information for an impending board meeting that was normally mailed to board members. In the past, I would have to anxiously await such a package in order to give me enough time to study it before a board meeting. In fact, in one instance, I received a package a day before I had to hop a flight to New York to attend a board meeting. Needless to say, I feverishly studied the board book in the cab on the way to the airport and on the plane.

Now, there is such a thing as an electronic board book, also called an “electronic board portal.” This “book” is usually a work in progress, developed by board members and committee members in advance of the formal board meeting. The first edition of the book is e-mailed to the entire board of directors well before a particular meeting is to take place. This portal is secure and permits all of the participants to add information to the document before the formal board meeting.

Consider how much time and energy is saved through this technology — no printing, no mailing, no waiting for the board book to arrive.

This sea change is changing the way we communicate — in many ways for the better.

The Postal Service Is Not Facing This Dilemma Alone

It’s not as though the only ones affected by this sea change are mail carriers and clerks. Actually, there are many businesses that would be severely impacted if something happens to the USPS. The U.S. Postal Service is massive, employing over half a million people and having a gross revenue of over US$67 billion. [*Editor’s note – Oct. 13, 2011] These people are occupied sending catalogs, magazines and other periodicals, as well as mailing requests for donations to charities, for signing up for one financial service or another, and for many other bona fide causes.

It’s obvious that we can’t let the USPS fall by the wayside in light of electronic communications. Therefore, there is certainly still a need for “paper” communications. Consequently, it is in our best interest that the USPS develops a strategy for surviving in the 21st century.

A New Business Model for the USPS

If there were ever a time when an overhaul of a business model was urgently needed, it is now. I read recently that a spokesperson for the Postmaster General said that a plan has been developed that will return the U.S. Postal Service to profitability. I hope so.

The success of such a plan requires constructive input from both unions and management in order to succeed. The plan that I understand the Postal Service is proposing is to eliminate about 3,700 offices and laying off additional staff. The retort from the American Postal Workers Union’s president, Cliff Guffey, was that such a plan was “outrageous, illegal and despicable.”

This is not a good way to begin the arduous journey of going forth into the 21st century and maintaining the proud history of the USPS. Both management and labor must come together and address the stark realities facing the postal service. Recriminations won’t do. Vituperation won’t do.

Besides input from the USPS, I’d like to see a union proposal replete with forward-thinking and money-saving innovations, a plan that might introduce alternative sources of income for the service. This is the time for both sides to get together and constructively resolve, in a creative way, the problems facing them.

Remember when Gmail was created? Why wait for another Gmail to come along and to further erode the mailing landscape?

*ECT News Network editor’s note – Oct. 13, 2011: In our original publication of this article, it is stated that “Our mailing industry is massive, employing over 8 million people and having a gross revenue of over $1 billion.”

Theodore F. di Stefano is a founder and managing partner at Capital Source Partners, which provides a wide range of investment banking services to the small and medium-sized business. He is also a frequent speaker to business groups on financial and corporate governance matters. He can be contacted at [email protected].

HTC’s on the Hotseat for Allowing Critical Smartphone Security Flaw

Pre-CRM: Relating Before There’s a Relationship