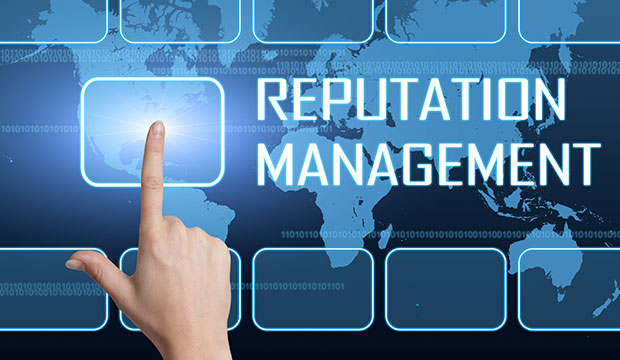 This story was originally published on March 28, 2018, and is brought to you today as part of our Best of ECT News series.

When it comes to business, you’re only as good as your reputation. Indeed, your reputation is your brand. It is the substance your logo represents; it is the glue in customer brand loyalty. In a word, reputation is everything. Yet it’s not entirely under your control.

That doesn’t mean you are helpless as a victim of false accusations, ratings, or wrongful attacks on your company’s character, however. Following are some things you can do to manage your company’s reputation when things go awry despite your best efforts.

If you mistreat customers or vendors and dabble in bad business practices, then you’ve earned the badge of ill repute and the cost. An example of that in current events would be Facebook’s stock plunge and Cambridge Analytica’s criminal investigation after allegations of data mining to influence the U.S. presidential election. While time will sort that mess out, the two companies are not likely to regain their former stellar reputations any time soon.

If your reputation gets dinged by outside forces, though, sometimes it really isn’t due to anything you’ve done.

“Online businesses face the same problems as other businesses — but are especially vulnerable to hacks, site crashes or outages and reputation dings from quality or service issues,” Fusion PR President Bob Geller told the E-Commerce Times.

Those problems are all a normal part of doing business, and often the resulting complaints can be rectified with prompt, consistent and considerate attention. However, other problems lurk on the dark side, ranging from trolls and fake reviews to online flame wars.

“Most review sites have filtering capabilities to remove fake or malicious reviews but sometimes a bad one can sneak through,” he told the E-Commerce Times.

Sometimes, the ill will is stronger than a few filters can handle, and the damage to your reputation can become more profound.

“We did work with a car detailing company where a customer had a negative experience,” recalled Jason Parks, president of The Media Captain.

If you think your company will never run into anything like that, think again.

Companies also cannot make individuals assign ownership of the intellectual property rights in such negative comments or reviews to them, according to a Cooley and Cooley law firm post.

Ditto on gagging employees. Unless carefully handled, non-disparagement clauses can backfire. A post by the Chernoff Law Firm cites a recent example: “An administrative law judge found that a non-disparagement clause in a Quicken Loans employment agreement was overly broad, and violated an employee’s rights under the National Labor Relations Act (NLRA). Section 7 of the NLRA provides that employees have the right to engage in certain concerted activities, including discussing wages, benefits, and other terms and work conditions with other employees.”Deleting bad reviews and comments on your company Facebook page or website is an equally bad move.

“As tempting as it may be, avoid deleting negative reviews — unless they are completely dishonest,” advised Robert Ellis, CEO of Massage Tables Now.

“This shows that you have nothing to hide,” he told the E-Commerce Times. “The more transparent you are, the more likely prospective customers will trust you.”

First and foremost, remember the golden rule. While treating everyone fairly and conducting your business ethically may not be the straightest path to higher profits in the short term, it will protect your brand in the long term.

Customers and prospects do not expect any company to have a perfect score, so an occasional ding won’t hurt your company.

Four-star ratings drive the most trust, said 41.8 percent of the participants in a Chatmeter poll of 1,000 consumers on the impact of online reviews on brand reputation and loyalty.

So don’t over worry that fifth star. Do respond promptly and try to resolve complaints, though. Remember, it’s the consistent effort that ultimately earns your reputation, not the occasional mea culpa.

“We always recommend to our clients to be proactive when it comes to customer service,” said The Media Captain’s Parks. “Don’t wait for negative reviews to come in before seeking out positive sentiment. Always be on the offensive so the positive reviews will outweigh the negative.”

Of course, you must be aware of negative reviews and comments before you can respond to correct the problem. That’s hard to do manually, since there are so many places online where customers can express their feelings about your brand or service. Fortunately, there are tools online that can help you with this task.

There are many other tools that can keep you on top of mentions, ratings and customer sentiments online, including the following examples:

Most provide free trials and it is an excellent idea to try them out and compare.

“Make sure that when vetting a service, that it is notifying you of reviews quickly. Having a bad review out there without a response for weeks, because you have setup weekly or monthly tracking, is very risky,” said Synup’s Clark.

Indeed, don’t make such tools the centerpiece of your reputation management strategy. They are important, even vital aids, but they cannot replace human-to-human interaction.

“One strategy that can encourage a dissatisfied customer to remove or edit a negative review is to send them a private message apologizing and offering them a gift card or discount,” suggested Concrete Camouflage’s Choate. “Even if their review is biased or untrue, this changes the final memory they will have of your brand.”

Ultimately, reputation is earned one person, one interaction, and one transaction at a time — even when the reputation management work is done at scale.

“From a high-view, reputation management begins with initial branding guidelines and mapping out your full brand identity prior to launch,” Stephanie Pope, one of the operators of family-owned Hope & Harmony Farms, told the E-Commerce Times. “It’s easier to mitigate reputation management issues that pertain to your messaging when your foundation is strong.”

How to Protect Your Online Privacy: A Practical Guide