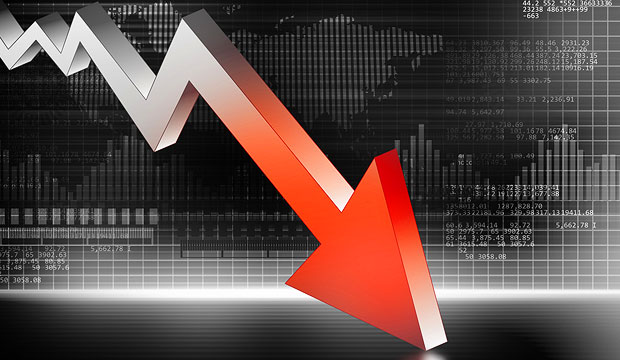 Imagination on Monday announced that Apple would no longer use its intellectual property, and the company’s stock sank faster than a bottomless boat on the news.

Apple planned to discontinue its use of the company’s IP in new products in 15 months to two years, ending the license and royalty agreement between the companies, Imagination said.

Those royalties currently account for about half the revenue of Imagination, in which Apple has an 8 percent stake.

“I cannot see how Imagination would survive this, given Apple is such a large customer,” said Patrick Moorhead, principal analyst at Moor Insights and Strategy.

Imagination wants its investors to believe that Apple won’t be able to totally cut it out of the picture, suggested Ben Bajarin, a principal at Creative Strategies.

“It is certainly true that building a GPU from the ground up will likely require someone’s IP in some way for Apple, unless of course they acquired the IP they need via some other acquisition they have made,” he noted in an analysis of the announcement.

Another possible scenario is that Apple will customize the Mali graphics solution offered by ARM, which Apple already is licensed to use, Bajarin said.

What many people don’t realize is that Apple has been doing a great deal of customization of the Imagination GPU IP to fit its own needs, Bajarin explained.

“It may have gotten to the point where Apple wasn’t using enough of Imagination’s technology to make it worthwhile to continue paying for it,” he told the E-Commerce Times.

Imagination should have been prepared for Apple’s move, Krewell added.

“The rumors have been floating around for a lot of years that Apple was developing its own GPU to replace Imagination,” he pointed out. “Apple has been hiring top GPU architects. There could only be one product they could be working on.”

Gaining control of the GPUs in its products is an important step for Apple.

“Apple is putting themselves in a position to own their GPU solution and, as a result, not be beholden to the design direction of a third party whom they may not have total influence over,” Bajarin wrote in his analysis.

“This puts Apple in an incredibly strong position strategically to control their own destiny in hardware, software, and services — even more than they do today,” he added.

“It allows Apple to optimize chipset designs for its own purposes,” he told the E-Commerce Times. “It gives it more control, better integration and more potential optimization.”

It is not certain that Apple’s decision will prove to be a wise strategy, though.

“Time will tell how good of a move this was for Apple,” Moor Insights’ Moorhead told the E-Commerce Times.

“Apple has a good track record in silicon, but graphics are harder than CPUs, and Nvidia, Qualcomm and AMD holds most of the IP today,” he pointed out.

“Under Tim Cook’s leadership, Apple has become a far more risk-averse company than it was during Steve Jobs’ tenure,” noted Charles King, principal analyst at Pund-IT.

“I can’t imagination Apple stating such a decision unless they were fully prepared to move forward and execute it successfully,” he told the E-Commerce Times.

Apple has had some stormy breakups with providers in the past. GT Advanced Technologies, which made sapphire screens, in 2014 blamed Apple for forcing it into bankruptcy, for example.

“In business, few if any partnerships last forever,” King observed.

“Apple has a long history of leaving behind strategic relationships when they no longer suit its purpose,” he said. “If any Apple partners were unaware of that issue or unwilling to consider it seriously, today’s announcement should inspire some serious soul-searching.”

Imagination made a point of noting that it has reserved all its rights to its confidential information and would be protective of its intellectual property rights.

That could signal a court date with Apple.

Still, “Apple is not the kind of company you want to go after unless you’ve got really big bucks,” warned Jack E. Gold, principal analyst atJ.Gold Associates.

“Based on past history, it’s hard to win lawsuits against Apple,” he told the E-Commerce Times.

“Even if you can, it’s a five-year or more effort. It takes forever because they’ll appeal the heck out of it,” Gold pointed out. “If that’s what you’re relying on to stay in business, you’re in big trouble.”