In the Shadow of the Amazon Prime Juggernaut 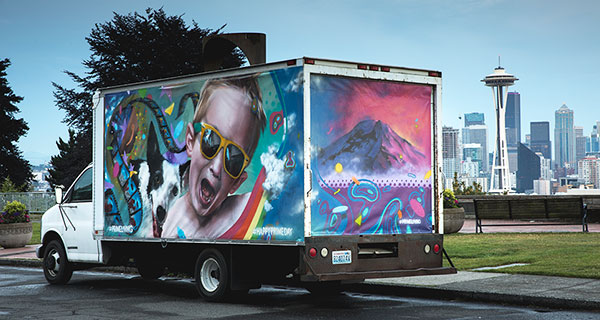 When Amazon launched Prime Day six months ago, skeptics came out in force to criticize what they considered Jeff Bezos’ desperate ploy to add members to a club that appeared to be peaking in a saturated domestic market.

Gimmick or not, Prime Day worked. Amazon sold more than 34.4 million items across eight countries where Prime was offered. The company topped 2014 Black Friday totals and forced Walmart and other retailers to respond. Amazon subsequently released a third-quarter earnings report that backed up its initial sales figures with profits that defied just about all prior estimates.

“Our focus is to continue to add even more value to this membership for Prime members,” said Amazon spokesperson Ana Rigby.

“That includes our steady investment in building out our fulfillment center network in order to get items closer to customers, [and] get more items in-stock and delivered as quickly as possible,” she told the E-Commerce Times.

Amazon was making serious efforts to ramp up its ability to fulfill that demand without spiking operating costs too high, he added.

“We think it’s an interesting part of the selection offer for Prime, and it’s in many ways something that we can do that others can’t,” he said, “because it’s a natural evolution of our 20-year effort to grow our fulfillment center network — and our scale, quite frankly, makes it possible to even offer this to customers.”

Amazon took several bold steps last year to create some space between itself and a growing number of companies aiming to chip away at Amazon Prime’s mounting influence in the e-commerce space.

The company reported record-breaking sales and member enrollment during the holiday shopping season, with more than 3 million new members signing up for the US$99 per year Prime program during the third week of December. Amazon set a single-day record on Christmas Eve, with the most-ever deliveries. It shipped more than 200 million items for free during the holiday period.

Amazon has been selective about releasing figures related to Amazon Prime. However, the program had an estimated 47 million members who spent an average of $1,200 per person, compared to non-Prime shoppers’ roughly $600 average, Consumer Intelligence Research Partners reported in October.

“Amazon uses Prime as a way of improving loyalty in an environment in which customers can easily switch among e-commerce retailers,” said CIRP cofounder Michael Levin.

“Prime overcomes a number of barriers that consumers have about e-commerce, including paying for shipping, waiting for goods, and processing returns,” he told the E-Commerce Times.

Taking On the Giant

One challenge is that Amazon may be losing money on Prime. It’s regarded as the biggest contributor to Amazon’s shipping costs, noted Nikki Baird, managing partner of RSR Research.

“Even though Prime customers buy more — a lot more — it isn’t enough at Amazon’s prices to offset the cost of two-day shipping,” she told the E-Commerce Times.

It’s understandable that other retailers want the same level of brand loyalty that Prime membership provides for Amazon, said Baird, but “I would have to seriously question their sanity if they think that it’s a profitable way to compete, because all indicators are that it’s not.”

For one select group of retailers, the most direct competition for Amazon Prime is Shoprunner, backed by Kynetic, Alibaba and American Express. The service, which is free for some American Express cardholders, costs US$8.95 per month, or $79 a year for other consumers. It provides two-day free shipping, free return shipping and exclusive member discounts. Like Amazon Prime, consumers can try out the service for 30 days for free.

Shoprunner serves as an e-commerce engine for brands including Cole Haan, Tommy Hilfiger and Rafaella.

Sears and Kmart, which have struggled to fend off competition from rival department stores like Target and Kohl’s, have been working to reinvent their traditional retail model with the Shop Your Way program, designed to maximize sales among their most frequent customers. It offers free two-day shipping, rewards points, and exclusive discounts through Shop Your Way Max, which provides upgraded benefits for a $39 annual fee.

The company has worked to integrate its existing department stores and outlets with mobile by offering a service that lets customers pick up, return and exchange purchases while remaining in their vehicles for no extra charge, with a guarantee that the process will take no more than five minutes to complete.

Target, which is widely considered one of Amazon’s leading competitors, does not have a paid loyalty program like Amazon Prime or Shop Your Way. However, it does offer special benefits through its Red Card customer loyalty program.

It has offered in-store order pickup since September 2014 in Minneapolis, and it later rolled out the service nationwide. About 80 percent of all pickup orders are available within an hour, Bastian said. Guests also can use the Ship to Store option to get an item on Target.com that is not sold in stores.

Target in 2013 began collaborating with Facebook to offer a program called “Cartwheel,” which is available via an app. Customers get personally targeted coupons and special discounts that can be shared with friends on Facebook. The app has 20 million authenticated users, according to Target.

Jet.com originally launched with much fanfare as an e-commerce site that offered similar shipping perks to Amazon.com for a smaller membership fee. However, it later decided to change its model, replacing the $50 membership fee program with a more traditional site that reportedly will subsidize member discounts through sales commissions.

eBay in September launched a program called “eBay Plus” in Germany, where customers get free expedited shipping and free returns for an annual fee of about $22. The company plans to expand the service to provide exclusive discounts and promotions as well. The program also will allow consumers to sell on the site without fees.

eBay has indicated that it may expand to other countries, but it hasn’t announced any specific plans.