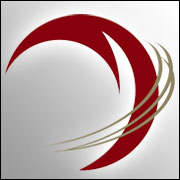 Intelliverse has rolled out a new cloud-based tool that monitors social media for brand mentions and responds when appropriate. 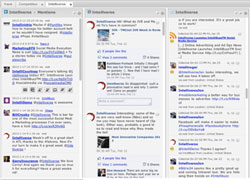 IntelliBuzz is simple enough that a company with minimal IT resources in-house — that is, a computer and an Internet connection — can manage this outreach just using the app.

At the same time, it comes equipped with higher-end functions that companies can use to go to the next level of interaction.

Navigating IntelliBuzz is intuitive — similar to the way one would configure a Google alert, for example, Paterno said.

“You literally log on and put the information requested in the various fields. So, if I were just setting up, I would enter as a keyword ‘Intelliverse’ to track.” After all the keywords are entered, the system then goes on to collect any social networking accounts and passwords associated with a brand.

With the setup complete, the company can manage responses or inquiries that come in from the various social media channels.

Once that’s in place, users can integrate the work-flow features into their operations. These allow a company to have any complaints voiced about it in social media automatically sent to customer service instead of customer marketing, so the problem can be addressed.

The rules also allow for escalation, so if a complaint has not been addressed by service within, say, 30 minutes, the director of marketing can be alerted, Paterno said.

How does the system know if a tweet is a complaint or a compliment? There is sentiment analysis built into the system, explained Paterno.

“The system can tell if a comment is positive or negative. It can also be trained on what certain terms or jargon mean,” he noted.

For example, a garbage company that uses IntelliBuzz “could configure the system to look for tweets but attach a neutral connotation to the word ‘garbage’ so the system doesn’t assume every mention is a complaint.”

The system can also recognize “influencers” — that is, people active in social media who have enough clout to push a tweet into viral overdrive.

“So if someone with a high Alexa rank or strong Google page rank makes a comment, I might want to have an alert sent right away to the director of marketing instead of waiting that half an hour,” said Paterno.

IntelliBuzz also can be integrated into a CRM application so that social posts are transformed into customer service tickets.

In truth, though, “I see vendors talking about this level of integration more than I see companies actually doing it,” Paterno acknowledged.

For now, he added, many companies — especially smaller ones — are content to manage social media from the cloud. 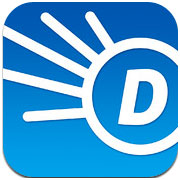 This Wink Doesn’t Come With a Smile