Internet Free for All in Georgia Town

A small city in Georgia is attempting to span the so-called “digital divide” by providing free Internet access to its citizens via cable television for at least one year. The service will not include personal computer access.

WorldGate and Charter said they will participate in the program by providing lower rates for the service, although they will not provide it for free. Charter Communications, which is owned by billionaire and Microsoft co-founder Paul Allen, serves 6.2 million cable subscribers nationwide.

“By providing Internet access to our citizens through this unprecedented initiative, we are bridging the ‘digital divide’ and opening-up unlimited opportunities for our citizens to benefit from Web-based learning and communicating,” said Mayor Jeff Luken.

He added that La Grange will pay for the service without state or federal support.

First of its Kind

Believed to be the first of its kind, the La Grange program allows every cable TV household to connect directly to the Internet through WorldGate’s EVERY TV service. The firm said that access to the Web is unlimited and also includes sending and receiving e-mail messages.

In addition to the Internet, the WorldGate service will provide interaction with select television shows and advertisements. Viewers will be able to play along with TV game shows, get information about sporting and other events, and also respond to TV advertisements.

One feature, called channel hyperlinking, will allow viewers to jump from a TV program to a specific Web site at the push of a button. The service would allow the TV to be used as a major source of e-commerce.

Potential for E-Commerce To Subsidize Service

In an interview with the E-Commerce Times, WorldGate Senior Vice President Gerard Kunkel said that the revenue potential for interactive TV is so substantial that a cable system could potentially subsidize Internet access permanently using rebates generated by its subscribers’ e-commerce purchases.

The rebates, he said, would come from purchases made as a result of interactive advertising and from Web sites with affiliate marketing programs that pay commissions. 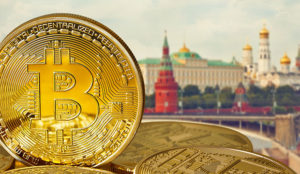 Another Look at the Microsoft Ruling