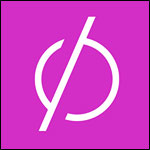 The Internet.org collective’s mission of bringing the entire planet online took a step forward Thursday with the release of an app affording limited free mobile Internet access to users in Zambia.

While around 85 percent of the world’s people are located in areas with cellular network connectivity, only 30 percent access the Internet. In Zambia, just 15 percent have online access, according to Facebook CEO Mark Zuckerberg.

Mobile networks, along with aerial access points, are key to helping people get online in remote areas and other locations where Internet access is difficult to come by.

Through the Internet.org app, consumers in Zambia can access local information, as well as health and employment services, without having to pay for data use. 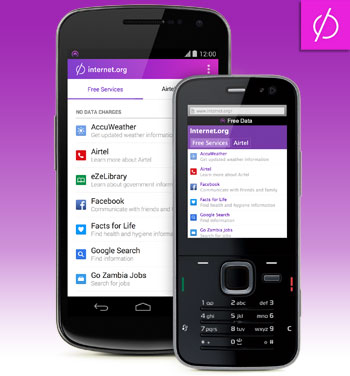 However, there are questions over how truly useful some of these services are. For instance, while users can carry out Google searches, reports suggest they are unable to click through search result links to view the actual content without paying for a data plan.

Users can access any page on Wikipedia at no cost, however, and internal Wikipedia links are free to browse. Facebook competitors such as Twitter have been left out, despite their capacity to connect users and provide valuable information.

Internet.org did not respond to our request for further details.

Meanwhile, Facebook’s true intentions with regard to the initiative are up for debate. While Zuckerberg is steadfast in his aim to bring the entire planet online, there arguably are business concerns at play, since Facebook depends to a large degree on its scale and reach, and how much advertising it can display to users.

Internet.org also is working on plans to beam Internet access from the sky using drones, satellites, and lasers.

Google, meanwhile, has its own plans to expand Internet access through its data fee-less service Free Zone, providing access to Web browsing via Google Search, Gmail, and Google Plus in the Philippines, India, Thailand and Sri Lanka.

It also is planning to bring Internet access to remote regions through its Project Loon network of connected high-altitude balloons, as well as through satellites.

“Not to be too cynical, but I seldom see much pure altruism in industry-led efforts like Internet.org,” said Charles King, principal at Pund-IT.

“Instead, companies are essentially early investors in emerging markets they hope will someday become financially self-sustaining and profitable. Facebook is certainly not alone here — the other founding partners of Internet.org include wireless silicon and handset makers and Opera,” he told the E-Commerce Times.

“That said, there’s no reason for the companies involved to promote competitors’ products or services. If Twitter or other companies wish to have a higher profile, they can always apply for membership,” he suggested.

“This is clearly a commercial effort, and you can’t blame Facebook for wanting to make sure they get whatever revenue results,” said Rob Enderle, principal at the Enderle Group.

“However, lock-ins like this don’t force the company to make their core offering compelling. You have to use it, regardless, and that suggests users will mostly be trying to figure out how to get around Facebook — not use it,” he told the E-Commerce Times.

“At the core of this is the belief that eyeballs are valuable, regardless of what the user actually sees,” noted Enderle.

“Facebook wants to maximize the stats that suggest ads are being viewed without ensuring the ads are actually being viewed. It is a cheat — but one that much of the current Web ad model is based on,” he said.

“You focus on the metric, not on the true quality of the results, because it is far easier. So far, the advertisers haven’t caught on,” Enderle observed, “and Facebook is gambling these advertisers will continue to act foolishly.”

Providing basic Internet access to mobile customers is also a way of letting them get a taste of the Web before turning them into paying customers, suggested Roger L. Kay, principal at Endpoint Technologies Associates. The altruistic aspect of Internet.org might just give way to business concerns.

“The structure that cuts out Facebook’s rivals is pretty transparently self-serving,” he told the E-Commerce Times. “That having been said, no one else is offering access to this underserved market. So — a little of both. Or maybe a little altruism and a lot of self-interest.”

While bringing the world closer together may be an admirable goal, it’s up for debate as to whether it’s the best way for Facebook and its Internet.org partners to improve quality of life in developing nations, even if the altruistic concerns outweigh business matters.

“At one level, the project’s goal of bringing the Internet to those without it seems positive,” Pund-IT’s King said.

“After all, the Internet can help to support a range of issues affecting the common good, including communications, education and information sharing. These could be particularly countries like Zambia. But at the same time, it’s worth asking whether Zambia has greater needs to address than Internet access,” he pointed out.

“According to the World Health Organization, the country’s average life expectancy of 55.5 years currently ranks 177 out of 193 countries,” King noted.

“Like other countries in central Africa, Zambia is a hotspot for malaria and ranks in the top 20 for worldwide malaria deaths. The World Bank estimates that less than 2/3 of Zambians have access to clean water,” he said.

Poverty remains rife, and though the nation’s stores of copper and other metals have attracted investment by mining firms — especially companies based in China — stories of worker exploitation and abuse are common,” King observed. “When compared to these far vaster and more serious issues, Internet.org’s goals seem trivial, at best.”

Google to Spread the Web With $1B Worth of Satellites 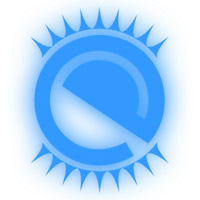 Enlightenment Linux: It’s Not What You Think