Yelp’s revenue and monthly unique visitors rose during its most recent quarter, but the site still reported a net loss as it funded expansion into new markets.

The company’s revenue rose 65 percent to $41.2 million, but marketing and sales costs also jumped. Yelp’s expenses in that area rose 59 percent to $25.5 million, as the site invested in overseas expansion and continued to develop its mobile ad strategy.

Yelp is still attracting new visitors, though, said company CEO Jeremy Stoppelman. He took to Yelp’s blog Wednesday to reveal that January marked the first time that Yelp had more than 100 million unique visitors to the site in a single one-month period. In addition, 9.4 million unique mobile device users used the mobile app during the first month of the year.

In its earnings report, Yelp said monthly users were up 31 percent from a year ago, hitting about 86 million per month.

The company’s stock slumped in after-hours trading and continued its decline going into Thursday afternoon. It dropped by as much as 8 percent to trade around $20.50 per share, higher than the $15 it opened at for its debut on the public market nearly a year ago.

Yelp did not respond to our request for further details.

Much of Yelp’s investments over the past year included a push into new markets, particularly overseas. Yelp is now available in 20 countries outside the U.S., including Germany, the U.K., and its most recent additions, Poland and Turkey.

The company is smart to recognize that as a key priority, said John Yunker, president and analyst at Byte Level Research LLC. It has a long road ahead of it, however, before it can top its competition in new markets.

“They now support 10 languages in addition to English, which sounds impressive until you compare it to TripAdvisor, which supports 24 languages, or Twitter at 32 languages,” Yunker told the E-Commerce Times. “Google’s search engine supports 145 languages and Facebook supports 74. So if their goal is global growth, they absolutely need to ramp up their language growth. You can’t have one without the other.”

That emphasis on going as local as possible is what helped Yelp thrive when it launched, said Rob Enderle, principal analyst at Enderle Group. Its heavyweight competition, however, is also growing.

“Going local was really their forte, and being able to offer close-proximity information about local services,” Enderle told the E-Commerce Times. “The difficulty right now is that the big players in the space that they’re competing with have equal or greater reach with the audience.”

In addition to overseas expansion, Yelp is investing in its transition to mobile, working to develop its mobile app and encourage advertisers to place ads in the space. Instead of heavy investments on the tech side of that transition, though, the company needs to convince its new users – and advertisers – that Yelp is still a hotspot for the most accurate, up-to-date information on local hotspots, said Enderle.

“There is an undertone with Yelp that you really can’t trust the review anymore,” he pointed out. “Sometimes it feels like a shill or someone just doesn’t like the vendor. Yelp could do a lot of good by reminding people they are the trusted source for these kinds of reviews.”

Without a good reputation in such a fiercely competitive space, Yelp could be knocked out if it doesn’t continue to build its brand, Enderle noted.

“There are a lot of useful ways they can invest, but they’ve got an unprecedented amount of competition,” he said. “In that sense, their investment balance might be a little off. They’re doing a lot on tech and not a lot on their image. At the end of the day, if people don’t trust the reviews, it doesn’t matter how good the technology is because you’re not going to be using it.” 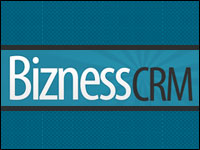