Is It Time to Give BSD a Try?

It’s never easy to stand by and watch a relationship in trouble, but that’s just how things have been feeling here in the Linux blogosphere of late.

First there’s the constant bickering, the growing sense of distance, the discontented grumbling and snide remarks. Next, there are the wandering eyes and intentions, and the seeking out of greener pastures.

For many longtime Linux users, the past few months have resembled the first phase of that progression as the Systemd Inferno has blazed higher and higher.

Well, we have none other than this: a seemingly innocent “Ask Slashdot” post that appeared recently, inquiring about “workaday software for BSD on the desktop.”

“For a variety of reasons (some related to recent events, some ongoing for a while) I’ve kinda soured on Linux and have been looking at giving BSD a shot on the desktop,” began the anonymous reader who wrote the shocking post.

“I was curious what experience and advice other Slashdot users could share,” the reader added. “There’s been many bold comments about moving away from Linux, so I suspect I’m not the only one asking these questions.”

A collective gasp could be heard in the Linux blogosphere’s Punchy Penguin Saloon when word of the post arrived.

Quick as a flash, Linux Girl jumped into action.

“Time to try BSD? If you don’t want to be controlled by Red Hat, I would say that answer is a giant YES!” SoylentNews blogger hairyfeet told Linux Girl.

“What amazes me is there is an angle nobody talks about,” he went on. Namely, “you have a boot system that frankly nobody was really complaining about, yet all of a sudden we are being told, ‘oh the init is horrible, we MUST have Systemd, no question,’ followed by voices silenced, threads erased, secret votes.

“Does this sound like the normal way Linux does things? And who is it being pushed hard by? Red Hat,” hairyfeet said. “Okay, so where does Red Hat get THEIR finances from? Three-letter agencies: DoD, FBI, NSA, CIA.”

‘Fishier Than a Tuna Factory in August’

In fact, “more than 85 percent of Red Hat’s money comes either directly or indirectly from the U.S. government,” hairyfeet asserted.

“So, my question is this: In light of Snowden and Manning, why is nobody raising a red flag at this out-of-the-blue atypical behavior coming from the top tier of the Linux distros when it’s being pushed by a corporation practically in the pocket of the USA security machine?” he wondered.

“If you don’t smell something hinky when Linux distros out of the blue adopt an ‘our way or the highway’ while burying threads and banning users — and it all comes from a company that literally cashes checks from the NSA — I’m sorry, but this smells fishier than a tuna factory in August,” hairyfeet concluded.

It is time to “take a deep look” at BSD, Google+ blogger Alessandro Ebersol agreed. “Actually, I’m also re-reading Linux From Scratch, to hone my skills.”

Ebersol’s only hesitation is “a rumor I once heard: that BSD is held back so as to not challenge Mac OS X and Windows, since there’s corporate intrusion in BSD,” he said.

“I can’t say if those rumors are true,” Ebersol hastened to add. As for taking BSD for a test drive, that’s “something that will happen soon.”

“The free and open source BSD versions are to be always observed with respect and hope,” affirmed Google+ blogger Gonzalo Velasco C., for example. “Who knows if things will eventually become crazy in Linux and the FLOSS fans will migrate for good to BSD!?”

In the meantime, while it’s true that “there have been some earthquakes in the GNU/Linux lands lately,” there are still many Linux-based options, “thanks to the many choices we have,” he said.

“What keeps me from considering BSD seriously for my own personal use is lack of BSD support in VMware, which I still use for Windows compatibility, as I find it more reliable than VirtualBox,” Hyperlogos blogger Martin Espinoza offered.

Nevertheless, “I am certainly evaluating FreeBSD as a server, and what’s not to like?” Espinoza added.

“I don’t think BSD is attractive to me because of the licensing,” chimed in Google+ blogger Kevin O’Brien.

“I am a big fan of the GPL, and I recall that Linus Torvalds has said that licensing Linux under the GPL was one of the smartest things he ever did,” O’Brien added. “The GPL is one of the few licenses that tries to protect my freedom as a user, which is why I am a strong supporter.”

A Question of Licensing

“While I am a bit frustrated with the move to Systemd — it’s not working for me and the way my PC is set up — BSD is a distant option,” Pogson told Linux Girl.

“The license is not like the GPL,” he explained. “I don’t do C, but I do build the Linux kernel to suit particular systems. There’s nothing in the BSD license which ensures suppliers will keep the source code available, so BSD is less desirable.”

Further, “Linux runs on supercomputers and wristwatches — it’s much more likely to run on hardware I own,” Pogson asserted. “I expect BSD will be missing drivers I need for random stuff. That’s not a technical fault of BSD, but just the fact that BSD is used by far fewer people on far fewer installations than Linux.”

In short, “no, thank you,” Pogson concluded. “I will stick with Linux, Systemd or not. Eventually Systemd will be smoothed over and polished to where I can be confident it works for me instead of annoying me.”

‘Shut Up and Go, Already’

“I’m not in the market for a replacement for Linux,” Stone said.

“Linux will always have its controversies — people will disagree,” he explained. “The same holds for the BSDs. I have a great deal of respect for the BSDs, but I have no intention of migrating in the near future.”

Last but not least, “I think people really need to just grow up,” consultant and Slashdot blogger Gerhard Mack began. “We get that you don’t like Systemd for reasons most likely imagined, but constantly making posts about threatening to leave is the Free Software equivalent of a child holding its breath until it gets what it wants.

“If you are going to leave, just shut up and go, already,” Mack said. “There is no need for this much drama.”

What most irks Mack is that “there is a huge campaign of FUD that is directed at Systemd, and while I’m not happy about every design feature — I’m glad the binary logs are easy to bypass — I don’t think of it as the end of the world,” he explained.

“People need to have a look at it themselves and stop repeating blatant falsehoods, such as ‘Systemd is putting a network manager into the init system,’ when instead the network manager is an optional add-on daemon and the same goes for the DNS resolver,” Mack said.

In the end, he concluded, Systemd “will solve many problems in the server, desktop and embedded spaces.” 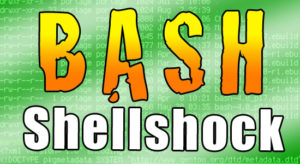