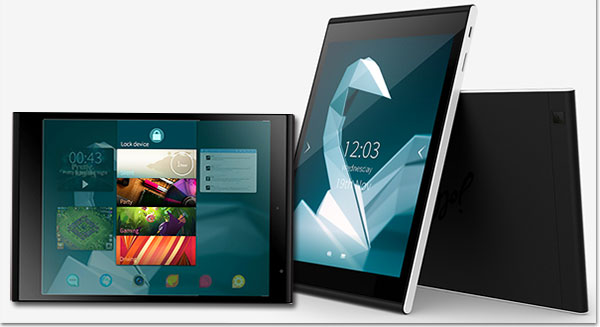 Jolla, the company set up by former Nokia executives to keep the Meego operating system alive, raised more than US$841,000 on Wednesday, the first day of its crowdfunding campaign on Indiegogo.

Nearly 5,325 people have contributed to the campaign, although only about 3,800 actually purchased the tablets.

Pricing after Dec. 9 will be $250 exclusive of shipping, taxes and duties.

The tablets are scheduled for delivery around May.

“I’m not sure that we can look at the performance of the Indiegogo campaign and necessarily understand how [the tablet’s] going to fare in the market,” Jeff Orr, a senior practice director at ABI Research, told LinuxInsider.

“Jolla will post a benefactors list of the first 500 purchasers plus those who bought all 4,000 preproduction units, and I’m curious as to how many of them will be of Finnish descent,” he continued.

The Jolla tablet has a 7.85-inch capacitive 5-point multitouch IPS display with 330 pixels per inch resolution at 2048 x 1536 pixels. That’s on par with the iPad mini 3 and the Nokia N1, which was announced this week, and a little better than the Nexus 9.

It supports WiFi and Bluetooth 4.0.

It’s equipped with the standard sensors — an accelerometer, and light and proximity sensors — and it supports Glonass.

Jolla tablet runs v2.0 of Sailfish, a mobile OS that combines the Linux kernel with Mer and Jolla’s own proprietary software.

Sailfish is open source software, and Jolla has included its proprietary multitasking Lipstick graphical shell in the OS.

The Sailfish OS also runs Android apps, through a proprietary Android compatibility layer. Since it’s a GNU/Linux-based OS, it might be able to run other GNU/Linux apps.

Sailfish 2.0 can be customized through its “Ambiences” feature; its “events” feature aggregates all a user’s messages, calendar events and other relevant information into one view.

The Sailfish has no back doors, and Jolla pledges not to share or sell users’ data.

The tablet offered through Indigogo will be available in the United States, the EU, Norway, Switzerland, India, China, Hong Kong and Russia.

The Jolla tablet campaign “is about selling to the technology geeks,” Rob Enderle, principal analyst at the Enderle Group, told LinuxInsider. “This tablet promises the app support of Android but with a level of flexibility more in line with Linux … and at a price that reduces the risk.”

Still, 4,000 units is not even a drop in the bucket of tablet sales.

Nonetheless, “this showcases that there are strong markets for devices that focus on the unique needs of defined groups,” Enderle said. “We are still mostly in a Model T market right now, and it appears the market wants to aggressively expand into one that has far more unique and better-focused offerings.”