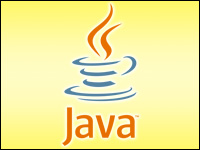 After months of legal wrangling between technology titans Oracle and Google, phase two of the case has headed to the jury, where 11 good people will decide whether Google actually infringed on Java-related patents, and more importantly whether this was a threat to Oracle’s business.

Two patents in question — U.S. Patents 6,061,520 and RE38, 104, known as ‘520 and ‘104 — were actually acquired by Oracle when it bought Java maker Sun Microsystems in January of 2010, more than a year after Google launched its first Android handset. Oracle subsequently sued Google, claiming both patent and copyright infringement. If infringement occurred, did it result in the $6 billion in damages that Oracle initially alleged?

“Google and Oracle are in two different spaces, and mobile is a platform that isn’t part of Oracle’s business,” said Rob Enderle, principal analyst at the Enderle Group.

While this could have been solved outside the courts, with Google agreeing to license the code, Enderle emphasized that personal reasons are driving this dispute.

“The real trigger was Steve Jobs and his friendship with [Oracle CEO] Larry Ellison,” Enderle told the E-Commerce Times. “When this thing started, it didn’t look as if Oracle really cared one way or the other. Prior to that, Sun didn’t seem to care either. But Steve Jobs got his friend Larry Ellison to take on Google. This was always more personal than business.”

The trial itself has had moments that became very personal. When Oracle’s attorney David Boies argued that his client be entitled to a slice of the Android profits, U.S. District Judge William Alsup fired back.

“You’re one of the best lawyers in America. I don’t know how you could make that argument,” Alsup said, according to press accounts.

“It is a pretty brutal putdown that the judge said that in direct court, and after it Boies dialed it back,” Charles King, principal analyst at Pund-It, told the E-Commerce Times.

Judge Alsup, who holds an undergraduate mathematics degree, and has said he’s written computer code in other languages, stated that the nine lines of infringed Java code were fairly basic. Boies countered that the code gave Google an advantage that allowed Android to be released sooner.

“Oracle believes that the Java code provided a speed-to-market advantage for Google,” said King. “Google was able to get Android out to market faster and enjoyed an advantage, but still only by days.”

Android has several million lines of code, so could the nine lines of code actually be worth $6 billion? Alsup didn’t appear to think so.

“The judge has indicated that the damages could be fairly small,” noted King. “Frankly, when you look at where it started when Oracle claimed it was $6 billion worth of damages, and now they could be looking at $150,000, that speaks volumes. Either the company did a poor job of proving what sort of intellectual property infringement occurred, or they pursued the case for other reasons, such as for publicity.”

“Given the millions of dollars it cost to pursue this case, you have to wonder if it was worth the trouble,” emphasized King.

Given that Oracle has spent vast amounts of time and money fighting this case and could walk away with nothing, it could be a warning to other companies considering intellectual property infringement lawsuits to look for a settlement instead.

“That is entirely possible,” said King. “IP has become such a litigious issue, however, I don’t know what could stop suits like this except a major overhaul of the patent system. The joy of the court system is that if you can find a lawyer to take your case, it can be pursued.”

The biggest winners in these cases are the attorneys with their endless billable hours, noted Enderle. But this case could make some companies think twice — at least for a while.

“The industry goes through these litigation firestorms every decade, and then the executives see it is just a firestorm and then they work out deals — until a new crop of executives come in and the process starts anew,” said Enderle. “But Google was largely the trigger this time, as they haven’t been through one of these firestorms.”

While it is likely Oracle will appeal the ruling should it not be satisfied, the decision now rests with the jurors.

“As much of the mess as this case has become, my hat’s off to the judge and the jurors for having the patience to deal with it,” said King.