In a world of mostly proprietary video platform developers, success for an open source startup requires very sharp cutting-edge technology. For Kaltura, part of the secret has been making sure that competitive edge is never dulled by settling for being just good enough. 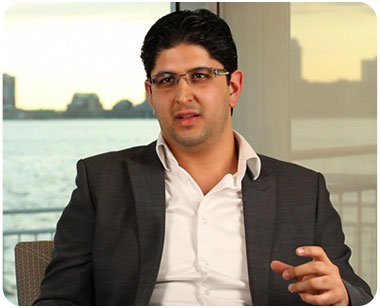 The company’s management philosophy views the ability to innovate and customize its video platform seemingly on demand as one of its strongest edge-sharpening tools. Adding a dual-license option to that sharpness often makes the difference between a free download and real sale.

Founded in 2006, Kaltura has 50,000 developers in its community that contribute coding on a daily basis through a process managed by Zohar Babin, Kaltura’s senior director of community and developer relations, and his team.

Babin handles all of the company’s open source coordination. GroupOn, Wikipedia, Harvard University, Yale University, Intel, Bank of America and a continuously growing list of other big names are among Kaltura’s customers.

Just recently Kaltura was named by Forrester a key player in the world of online video platforms due to its feature-rich offering, which represents a midpoint between “build” and “buy” and is based on an API-driven modular approach and large ecosystem of third-party extensions.

In this interview, LinuxInsider talks with Babin about the factors driving Kaltura’s open source video framework in an industry that has few main players using open source strategies.

LinuxInsider: How has Kaltura met the challenges of being an open source newcomer in the competitive video landscape?

Zohar Babin: I have been with Kaltura since almost its start in 2006. Before 2008 Kaltura was a different company than it is today. The original idea was to create a collaborative online video editing platform that would bring video to the power of the people.

This was our original idea, that there should be something for everyone. With the dominance of video on the Internet, we wanted to have the latest solutions. The open source market needed something better for video for the typical user posting music videos and other personal creations online. Early on, we saw quick traction from companies coming to Kaltura for specific types of video solutions.

LI: Especially when Kaltura was starting, open source was not a strong player for video software. What led the company to open source its platform rather than market it as a proprietary product?

The reason we went to open source as both a way to develop the platform and a business strategy was because it was interesting to pursue and had little open source competition. I have always been active in communities, and video was in my blood. It just felt right.

LI: Did developers write the code from ground up or use various existing video code from other video projects?

Babin: There were not many projects out there for us to pull from, but we were able to use a modular development approach and take parts of various video functions to create a unique solution.

Essentially, Kaltura runs right out of the box on MySQL and several other projects. On top of that are numerous solutions we developed that provide features for every aspect of producing and publishing video. We are a complete middleware platform.

LI: What problem did Kaltura solve that made it so successful so early?

Babin: For example, if you have a website and you want to bring 30,000 videos to your website but don’t have Kaltura, you need to find an easy way to put those videos on your website. You need to manage them on system servers and support the process for visitors.

This is what Kaltura brings to the people. It integrates the process of being a video publisher with collaboration for enterprise users. You don’t have to worry about it. It couples together all of the components to make a full solution and lets you use other video software such as Blackboard.

LI: What provides your company with a revenue stream to support the open source business model?

Babin: Actually, that is the first question that everybody asks when they hear that Kaltura is open source. They want to know how do we make money.

The answer is a combination of many things. One, about 85 percent of our users do not want to do things themselves. So there is the continued opportunity for support, and lot of our revenue comes from that channel.

Another significant part of our business is marketing and producing open source components. That is really a combination of two parts. We offer a traditional open source license. Plus we can offer a commercial license. So we follow a dual licensing option around open source.

LI: Does that dual licensing situation blur the lines between open source and proprietary software?

Babin: Not at all. Since it is open source, you can see everything, break it down and learn about it. You can even extend it yourself if you want.

If you need someone to rely on and provide support and take responsibility, then buy the commercial version of Kaltura. Our open source or commercial licenses offer freedom, control and affordability.

Babin: In the beginning many of the startup issues are the same that any new company faces. Being open source presented a few unique challenges. One was competing with giants. Those companies have marketing budgets in the millions. Ours you could pretty much sum up as saying we had a couple of people in the marketing department. Another problem comes from the open source licensing model.

LI: What distinguishes Kaltura’s platform from other leading contenders such as EnterMedia, PandaStream, Brightcove, 23 Video, Cisco Show and Share, Ooyala?

Babin: When it comes to Kaltura, we have a very flexible platform. It is open source. We can help customers modify things. The ability to change things and to control a lot of nuts and bolts makes you feel better about the product. You can be assured that it is not going to go away or not meet your needs. So there is a lot of trust involved.

Also, the community support provides a lot of access to continued development. We have a lot of customers that have made contributions themselves. Some of our customers came to us and said they want to tie in social media. With our platform, they can do that. This third-party approach gives customers access to a lot of innovation. Many of our competitors have very few APIs, so their product is very limited in terms of customization.

LI: How did you build that degree of flexibility into your architecture?

Babin: Kaltura has a core, and on top of that core is a layer of APIs. Those APIs are automatically updated every time we update the core. We have an extended customization advantage. If you see something in another product and want to do that, we can build it into your video platform. So there is a world of difference between other video platforms and Kaltura’s architecture.

LI: Given the limited number of open source video companies, do you see any trends developing in the video field that will make open source more appealing to customers?

Babin: I see open source becoming more viable in other industries such as the insurance and financial markets. More often you will see government agencies and enterprises go to open source first. I don’t have any numbers off-hand to back this up, but I feel that more and more people are becoming receptive to open source options.

There is a trend in which people consider open source first rather than going with a purely commercial option. Sometimes video developers will come back and say how much they love Kaltura but are prevented from using it because it is not a commercial product. We see this as an opportunity for us. Our response is, ‘We will give you a commercial license.’

That is very powerful. Fortunately for Kaltura, we are able to use open source as an advantage rather than a liability. As the market understands more and more how to leverage open source, dual licensing will make a lot of gains. The fact that we can give them a commercial license on top of an open source platform means they are getting trust and assurance.