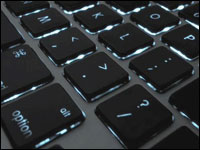 When life gives you lemons, everyone knows you should make lemonade, as the old saying goes.

But what if life gives you Linux on a Retina MacBook Pro?

That, too, has been shockingly referred to as a “lemon” in recent days, but the solution there isn’t so clear.

“If you are planning to buy one of the new Apple MacBook Pro notebooks with a Retina Display for use under Linux, hold off on your purchase,” warned Phoronix’s Michael Larabel in a review last week.

‘Linux Is a Lemon’

“Running the Retina MacBook Pro with Linux isn’t a trouble-free experience, and after using even the latest development code and jumping through various hoops, Linux on the latest Apple hardware is still less than an ideal experience,” he added.

Larabel’s conclusion? “Linux Is a Lemon on the Retina MacBook Pro.”

‘That Isn’t Their Business Plan’

“Au contraire,” shot back blogger Bob_Robertson on LXer, for example. “Rather, it is the hardware which is the lemon, when trying to run an exemplary OS such as Linux.

“I’m almost surprised, actually,” Bob_Robertson added. “Considering that Apple is a hardware company, why not make it easy for people to run other software? It just means more hardware sales to those who happen not to like the Apple software.”

Then again, “that isn’t their business plan Bob,” countered montezuma. “They run an interconnected web of overpriced hardware and software. Making one dependent on the other increases revenues because you cannot have one without the other.

“If they just sold you hardware to run Linux then they couldn’t charge you an exorbitant price nor cram OS X down your throat,” montezuma added. “It all makes sense in a perverted Jobsian way.”

‘Other Products Have Better Features’

And again: “The bottom line is, there are way too many suckers who are keeping Apple filthy rich,” concluded Fettoosh.

“Apple periodically comes up with a new gigs, or steals a good idea from some else to release a product before anyone else,” Fettoosh added. “With its marketing resources and the help of it worshipers, it makes a killing, even though other products have better features, properties and resources.”

Down at the Linux blogosphere’s Mealy Apple Cafe, Linux Girl got an earful.

“Apple is a lemon for all IT and so is Nvidia, with its anal-retentive drivers not working for Linux,” blogger Robert Pogson told LinuxInsider.

“At least 2D worked for Phoronix, which is good enough for most uses of PCs and users got to see all those wonderful pixels,” Pogson added.

“In the good old days, when Nvidia’s drivers did not work for GNU/Linux, I used the good old Vesa driver and got by,” he recalled. “These days Nvidia even messes that up. Boo! to Apple for using Nvidia’s junk.”

‘A Waste of Time’

Indeed, “why would anyone buy a ‘retina’ Macbook Pro to run Linux?” wondered Robin Lim, a lawyer and blogger on Mobile Raptor.

“Apple products don’t follow industry standards,” Lim explained. “Coding Linux to work on them is a waste of time.”

For those who want a high-resolution display on a laptop, “it would really be better to get a unit designed for Windows with a 1080p display,” Lim suggested.

‘Tens of Thousands of Drivers’

“This has been SOP in Linux for ages: Device comes out, device doesn’t work,” Slashdot blogger hairyfeet opined. “By the time device DOES work, it has been out of the retail channel for a year or more, only to be replaced with a device that … doesn’t work. Lather, rinse, repeat.”

The problem, hairyfeet added, “is that the entire repo system and having the devs responsible for drivers was fine … in 1994. Back then you had maybe 100 packages and maybe half that many drivers.

“Today you are talking billions of lines of code, thousands of packages and tens of thousands of drivers,” he explained. “If you put Apple and MSFT together with all their cash, they still couldn’t pull that level of effort off with any QA or QC to speak of; you expect volunteers to do better? Please.”

So, “it’ll work in a year or two, when the devs get around to it,” hairyfeet predicted. “Expecting Linux to support something completely new with a much higher screen res? This early? Not gonna happen.”

‘Linux Will Have to Be Ready’

“There are bound to be growing pains when using Linux on resolutions that are much higher than whatever it has been run on previously — give the developers a bit of time to adapt,” Mack began.

“One thing to keep in mind, though, is that these new high-res displays are lower power than the existing displays, so I doubt it will be long before they become standard,” Mack pointed out. “At that point, Linux and Microsoft will have to be ready for it.”

‘It Will Take a Little Time’

The bottom line is that “hardware support in Linux has strong and weak areas,” noted Google+ blogger Kevin O’Brien. “The strong point is that once we can get drivers, we keep them, so your five-year-old printer will still work.”

With Windows, on the other hand, “hardware just a few years old will stop working when a new version of Windows comes out because the manufacturer isn’t interested in writing drivers for the new version of the OS when it can force you to buy a new product just to get something that works,” he explained.

However, “the weak area for Linux is brand-new hardware can take time to get drivers because the manufacturers will not work with the community, so everything has to be reverse-engineered, which takes time,” O’Brien concluded. “This is what we are seeing with these new Macbooks with the Retina display. The community will get this done if there is demand for it, but it will take a little time.”