LiveHive Offers Plenty of Pros for Collaborators on the Go 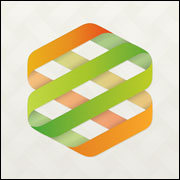 LiveHive is available for free in the Google Play store.

If you’ve ever been involved with any kind of work-related group project, you’ll know what a nightmare it is to collaborate via email. The management of file versions alone is enough to introduce ambiguity and quickly hiccup the whole thing. Plus, if you’re not careful, it’s possible to start an entire email thread questioning what file version you’re supposed to be looking at. Add in offshore workers, out-of-town clients, time zones, missing cc’d project members — or just as bad — excessively copied emails, and before long, no one knows what’s going on. With multiple projects in the confused stream, you might as well all give up and go home. 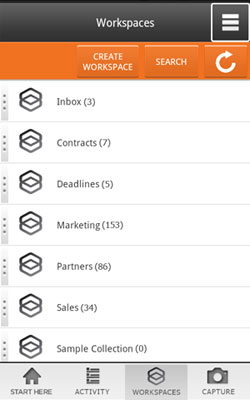 The answer to these kinds of problems is to use a project collaboration tool — of which there are now many. LiveHive is one such tool that is differentiated from many others because it has multiple mobile offerings, including one app for Android.

LiveHive pitches itself as a collaboration tool for creating visual Workspaces for organizing teams. Workspaces are essentially projects.

The custom workspaces store all of the important project assets in one cloud-based hub. Collaborators drop files or capture content. and the project owner shares workspaces with a team by inviting members, who then discuss projects.

LiveHive starts at US$24 a month for 30 workspaces.

I found it an elegant solution, with a few caveats. First, this app is oriented towards project collaboration rather than project management, so don’t expect to see timelines, project scope templates or even basic project status reports. Where the service works well is in associating a specific asset file with a discussion thread. You see a file thumbnail embedded in the discussion.

I think that this kind of file association is key in any collaboration so that you don’t end up with a Dropbox-like repository of asset files that need sifting through to find what everyone is talking about — almost as bad as an email attachment that each team member has to manage individually.If you’re familiar with commenting on Facebook’s news feed Web pages, you’ll get the live discussion thread idea used in this app.

File thumbnails appear in similar style to how a Facebook photo appears in a Facebook News Feed. The text discussion is below as comments.

I ran into issues getting the app to work properly on a tablet because the app couldn’t handle a landscape orientation. It was a lame effort Android tablet-wise.

Well, there’s one thing that all of the suites I’ve seen lack, including this one, and that’s a way to very clearly define client-facing collaboration, and internal collaboration.

Even though you can control who sees what, I’d like to see workspace background colors implemented on project-by-project basis, rather than a task-basis like Create Workspace, and Capture Webpage areas being defined with different colored borders, for example.

It’s a waste of color as a UI resource. Delineation of posting is important, because not surprisingly, sometimes you don’t need, or want the client to be privy to all that the development team are. It’s too much information, for one thing.

Plus, it can also hinder expression from the developer, or employee if he knows the client can see it. Before you know it you’ll be back with e-mail.

This also leads me to observing a lack of project-by-project definition in the Activity Stream on LiveHive’s desktop PC website — which needs fixing. It’s unusable as is. I was using Firefox 23.01 on Windows 7 and simulating real-world use by flipping between app and desktop browser. You can’t see what comment the project is associated with on the PC.

However, this Activity Stream project definition isn’t an issue on the app because the Android app delineates projects in the stream acceptably with a subheader.

Boy have we come a long way from email for project collaboration. LiveHive is an admirable solution. I would suggest any enterprise that wants to move over to a collaboration tool, give this one a shot.