Mac and Back Again 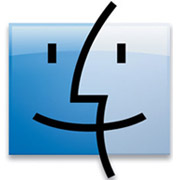 There’s no denying that those of us here in the Linux community see our fair share of ups and downs in any given week or month, as events unfold that either advance or set back our favorite operating system.

Sometimes, though, it’s difficult not to be amazed by the way things often balance out “Even Steven” — much the way they did for Jerry Seinfeld way back when.

Case in point? Just the other week, we were bemoaning the departure of GNOME cofounder Miguel de Icaza, who recently announced that he had abandoned desktop Linux in favor of Apple’s Mac platform.

Now, what should we see just days later? That’s right, it’s a posting on Slashdot by a current Mac owner who is now contemplating returning back to “the penguin’s loving embrace,” as the posting put it.

“I’m one of apparently many people who moved to OS X from Linux in the early/mid 2000s for their desktop system, keeping Linux boxes around for the heavy lifting and server work,” wrote jasnw earlier this month. “I may also be part of a large segment of that group now considering a return because of all the iOS-ification of OS X, despite the fact that the Linux desktop still falls short in the ‘it just works’ area.”

In fact, “I’m angry enough at Apple, and wary enough of Linux, that I might just go to using Windows 7 for the desktop (not Win8, however),” jasnw added. “What is the feeling/experience of other ‘traitors’ who run OS X for the desktop and Linux for everything else?”

Horrified by the specter of potentially losing a former user to Windows, Linux bloggers fairly flew into action.

“It’s funny that Windows 8 is starting to sound like what Linux was a few years ago, and Linux is far closer to ‘just works’ now,” observed cheater512, for example.

“There is a livecd of each and every desktop available for linux,” noted Anonymous Coward. “Try them, choose one, get things done.”

Similarly, “Macs are fine so long as you stay on the guided tour,” suggested jedidiah. “If you are the least bit creative with how you use technology, you will likely find that things aren’t so easy.”

And again: “I’ve used a Ubuntu desktop for years and make my living working online,” wrote HangingChad. “I use it because it just works. Once I get my desktop setup right it stays that way. Maybe someone could explain what’s not working so I know what I’m missing.”

In no time at all the topic had tongues wagging down at the blogosphere’s seedy Punchy Penguin Saloon as well.

“I imagine there’s a fairly good percentage of people that will come back to Linux after they’ve tried OSX,” mused Linux Rants blogger Mike Stone, for example.

“There was a reason that they tried Linux in the first place, and even though they may burn out on it and look for something else, I think they’ll come back eventually even if they don’t stay,” Stone explained.

“One thing I can say about people that try Linux, they’re not spoon-fed the OS,” he added. “You don’t go to Best Buy and pick up a machine running Linux. You have to be at least a little bit adventurous to try Linux in the first place.”

OS X, on the other hand, “is not adventurous,” Stone concluded. “Unless those people completely lose their spirit of adventure, they’ll come back to Linux.”

Of course, “one of the problems you have in discussing this is that people who looked at Linux or open source programs even as recently as five years ago may not realize how much things have changed,” noted Google+ blogger Kevin O’Brien.

“Linux desktops are perfectly usable right now as is, out-of-the-box,” O’Brien explained. “But a lot of people who looked at one years ago still think you have to recompile your kernel on the command line every other day. We who use it every day know that isn’t so.”

So, “for a refugee from Mac OS, a distro like Mint with the Cinnamon desktop might be pretty familiar and give you that ‘it just works’ feeling,” he suggested.

“I don’t know,” said Robin Lim, a lawyer and blogger on Mobile Raptor. “I chose a MacBook because of the hardware and not the operating system. I think most Mac users also choose Macs for this reason.”

Now, “having selected a Mac for the hardware, the operating system is about as good as any in terms of usability,” Lim opined. “I paid for it. I am going to use it.”

As for being wary about Linux, however, “I really don’t know what there is to be wary about,” he added.

Either way, “choice is good,” Lim concluded. “Linux users always say that. If you believe that, having an Apple-like choice is a good thing. I think it is. You may or may not want to use their product, but I see no reason for anger.”

Indeed, “I’m sure he was joking when he referred to himself as a ‘traitor,’ but if Linux didn’t work for him, it’s no big deal, although I hope it works for him again,” consultant and Slashdot blogger Gerhard Mack observed.

“Personally, I reserve the ‘traitor’ tag for people who actively made the Linux desktop more annoying before leaving in a never-ending flamefest,” Mack added.

‘GNU/Linux Is the Way to Go’

Last but not least, Mac OS is “too costly if one factors in the cost of the hardware on which it runs,” blogger Robert Pogson told Linux Girl. “I recently costed a system comparing a Mac OS workstation versus GNU/Linux on better hardware, and the GNU/Linux solution was half the price.”

So, “if price/performance matters, then GNU/Linux is the way to go,” Pogson opined. “Developers need a lot of hunting and pecking, but they also need brute force to build software with parallel processing. No one needs Apple guiding/restricting them in the process.”

In short, “no one needs ‘style’ when doing heavy lifting,” Pogson concluded. “GNU/Linux is the one to call.”