After two years of fairly hectic activity in the marketing automation space, it might be useful to ask where all the commotion has gotten us.

Once a captive of finance, which was concerned with reeling in marketing’s costs and rationalizing expenses with known — or at least knowable — benefits, marketing automation emerged in the last couple of years as a powerful tool for businesses trying to navigate the still-dangerous waters of an ailing economy, a fragile recovery — and oh yes, a marketplace changing rapidly due to the influence of social media.

The merger activity of the last couple of years has left the biggest players with competent marketing suites that few could have engineered on their own, because marketing is a discipline that frankly requires different DNA than you typically find in sales and service.

As luck would have it, ExactTarget, part of the Salesforce Marketing Cloud, has done the hard work by producing a report, “2014 State of Marketing.” It is a good report, too, full of statistics about current use and future plans. While I might quibble with some of the findings, it is a thorough compilation based on more than 2,500 responses by professional marketers.

My immediate reaction upon reading it was that the marketplace is about midway through its transformation. High percentages of respondents said they already had put in place many of the rudiments of what has become, in aggregate, a very large suite of tools.

There is much, much more in this attractive and graphically rich report, and you can pick it up for a song even if you can’t sing.

What struck me is how well we have the outbound side of marketing covered and how much more work there is to do to analyze what’s going on in the market. To me, the data show that the tools have changed, but the process remains the same — and that’s the big point.

I also read The Second Machine Age: Work, Progress, and Prosperity in a Time of Brilliant Technologies, by Erik Brynjolfsson and Andrew McAfee, two economics researchers from the MIT Sloan School.

It’s another pile of paper worth picking up, because the authors make the point that the last thing to change during a transformation involving the application of new technologies to business is process. How we use new technologies is what gives them their lasting power; prior to that adjustment, you might be hitching a horse to a car.

So it is with marketing thus far — but as I’ve said already, that’s par for the course. The cost of modern social-based marketing is so low compared with previous generations of marketing tools that few businesses seem inclined to figure out the best processes. It’s cheap, cheap, cheap to plaster the market with emails or other outbound strategies. We can now send out millions and millions of emails just to see what sticks, and if a 1 percent response rate is all we get, so what?

One telling statistic from the ExactTarget report shows that only 37 percent of the respondents used lead scoring, and while 30 percent said they’d try it this year, a full third say they didn’t plan to use it. Lead scoring is one of those things that can materially improve the responses you get from your marketing effort, and it goes right to the heart of the process idea expressed by Brynjolfsson and McAfee.

Lead scoring is about process. Interestingly, Brynjolfsson and McAfee make the eye-opening assertion that an average person with a decent computer and a topnotch process can outperform a smart person — or even a smart person with a good computer. Think about those millions of emails. Process is the thing that proves the worth of the technology investment — but it has to be grown organically, and that growth starts only when you decide to do something different with the new tools.

It seems that finally developing process as well as other ecosystem externalities of the core innovation are what eventually brings the hype cycle full circle. From a Trough Of Disillusionment to a Plateau of Productivity, as the Gartner folks would say, an innovation gains its rightful place in business when we begin to change processes to better use the technology.

So, it’s clear from the report that the majority of you have spent the last couple of years gathering the marketing technologies you need to compete in some very changed markets. However, if you are not yet seeing the benefits you expected when you first took on the new tools, consider re-examining your marketing processes. You might be surprised that with just a few tweaks you can make big things happen. A good place to start is in lead scoring — you’ll be amazed at what you find. 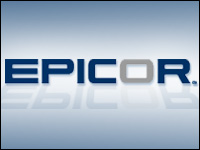