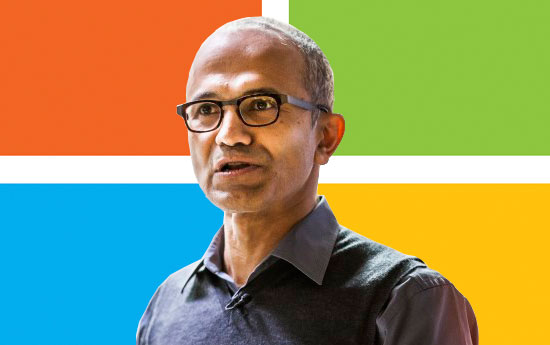 CEO Satya Nadella on Wednesday announced that Microsoft will reduce its workforce by 7,800 as it refines its mobile message and strategy.

The company will write down roughly US$7.6 billion associated with assets tied to the acquisition of Nokia’s devices and services business, Nadella revealed. The restructuring of its own mobile handset division will cost somewhere between $750 million and $850 million.

Nadella, who inherited the acquisition from former CEO Steve Ballmer, last year set a stern tone when he laid out Microsoft’s plans for moving forward.

Each of Microsoft’s teams must figure out how to operate more efficiently, pushing “the fluidity of information and ideas” through the flattening of the organization, Nadella said last year. He left many in the tech industry befuddled over Microsoft’s new “mobile-first, cloud-first” mantra.

Microsoft is still searching out efficiencies across its operations and its mobile business — too soft around the edges for Nadella’s liking. Thus the company’s axe is falling once again.

“I don’t take changes in plans like these lightly, given that they affect the lives of people who have made an impact at Microsoft,” Nadella wrote in an email to employees published on the company’s website. “We are deeply committed to helping our team members through these transitions.”

The Windows and Devices group needs to tighten it focus as the company moves away from the strategy of setting up a standalone handset business and prepares to build a “vibrant Windows ecosystem” he said.

The street view of Microsoft’s ongoing slimming efforts tells the human story — a tale that has tugged on heartstrings for the last 12 months.

However, if one takes a bird’s-eye view of Microsoft’s global strategy for mobile devices, it’s clear that the company realizes that in order to compete in the iPhone-driven market, it has to create something new and compelling to rock the sector, much like Apple did, suggested Rob Enderle, principal analyst at the Enderle Group.

“They are restructuring to shift to that strategy, suggesting we are likely to see some very creative alternatives in a few months,” he told the E-Commerce Times.

If a leaner and more-focused devices group should create something innovative and compelling in the near future, it could benefit from current healthy market demand for something new, assuming recent surveys are to be believed, according to Enderle.

When Microsoft acquired the bulk of Nokia’s mobile operations last year, it went on a rebranding campaign for the company’s smartphones.

Microsoft appears to be in need of a true standard bearer — a device, built from the ground up that sets its vision in silicon. However, Microsoft’s real problem has been its lack of a legitimate strategy, observed Roger Entner, Recon Analytics’ founder and lead analyst.

“They still doesn’t have a real strategy,” he told the E-Commerce Times. “They have this ‘mobile first’ slogan, but I don’t think they’ve figured out what it actually means yet. Right now, it doesn’t seem like mobile devices are first.”

What Microsoft needs to do now is to lay out a cohesive strategy, Entner said. From there, it needs to inspire trust in other handset manufacturers and encourage them to develop Windows Phone hardware.

Without a clear-cut and compelling strategy for mobile, Microsoft’s entire future is at risk, Entner warned. We’re moving to a world in which everything is integrated, and there an increasing need for that “fluidity of information” that Nadella mentioned in his memo last summer.

“That’s the future — and Microsoft has to show that they have a solution and a vision for that,” said Entner. “Right now, they’re basically saying they don’t, at least not for devices. Now the big question is, why should anyone else invest in devices with Microsoft, when Microsoft is pulling back from them?” 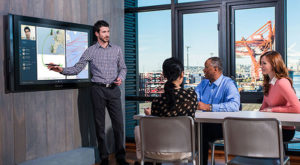