Microsoft Dynamics Aims to Pull All the Pieces Together 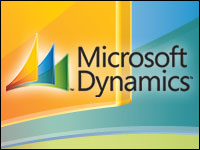 Microsoft next month will roll out a service update for Microsoft Dynamics CRM that will have a new user interface, integration with Yammer, Skype and Office 2013, and cross-browser support. 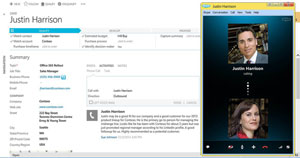 In general, the theme of tight integration with other Microsoft technologies runs through the release, said Seth Patton, senior director of Microsoft Dynamics CRM product marketing.

“As of September of this year, we grew 30 percent year over year,” Patton told CRM Buyer, “and we have had 33 consecutive quarters of double digit growth.”

This growth will undoubtedly continue with the release of the service update, Patton said, especially considering the changes that have been made. Chief among these is a new user interface that guides users to outcomes that make a difference to their business operations.

The changes are both detail-oriented and fundamental.

“A lot of steps and pop-up menus have been removed to provide a more streamlined experience,” noted Patton.

Also, “we are taking a new approach by emphasizing a process-driven workflow,” he said, which is different from the typical approach of applications tracking activities and recording the status of events.

The application doesn’t force users into a rigid process; instead, it guides them into selecting recommended steps.

For example, the lead-to-opportunity management process follows the typical pattern of a lead being routed from marketing to a sales rep.

“One of the first things a sales rep would want to do is determine whether the lead is qualified,” said Patton. That would entail accessing the bar across the top of the application, which offers a set of choices: qualify, develop, propose or close.

Within each there is a form that allows users to fill out certain items, such as whether the lead has a budget or a purchase time frame.

“Typically, that process of qualifying and converting can take a number of different screens,” Patton said. “We have made it super simple, with one or two clicks.”

While these sales and service processes are preconfigured, he added, they also are flexible enough to be customizable to a company’s needs.

Another major advance with the service update is the integration of Skype and Yammer — both Microsoft acquisitions — into Microsoft Dynamics CRM.

“Yammer is our underlying social layer,” Patton said. “In this service update, users can post messages from their CRM systems to Yammer and vice versa.”

Skype, which clearly is more of a collaboration play, can be initiated within the app as well.

Finally, the service update includes support for Firefox, Chrome and Safari, Patton noted. “We recognized in this world of IT consumerization that we need to support a variety of devices and platforms.”