Microsoft Hits the Brakes on OneDrive

Microsoft on Tuesday said it would stop offering unlimited OneDrive storage for Office 365 customers and would cut the amount of free storage it offers.

Some users abused the unlimited feature, exceeding 75 TB per user, or 14,000 times the average, the company said.

Office 365 Home, Personal and University subscribers no longer will get unlimited storage; instead, they’ll get 1 TB of OneDrive storage for free.

Free OneDrive storage will be slashed from 15 GB to 5 GB for all current and new users beginning early next year, and the 15-GB camera roll storage bonus will be discontinued. The 100-GB and 200-GB paid plans for new users will be replaced with a 50-GB plan priced at $2 a month.

No mention was made of Office 365 business subscriptions.

OneDrive was designed to be more than basic file storage and backup, and the changes are necessary to ensure that Microsoft can continue to deliver a collaborative and intelligent service, the company said.

“This is driven by Microsoft recognizing that a few people are abusing the service, and [it’s] making a measured adjustment to their offerings in line with other cloud storage solutions,” said Ian Campbell, CEO ofNucleus Research.

It’s “a nonevent, and Nucleus doesn’t expect it to have an impact on Microsoft’s earnings in the future,” he told the E-Commerce Times.

Office 365 consumer subscribers using more than 1 TB of OneDrive storage will be given at least 12 months’ grace, Microsoft said.

Subscribers using more than 5 GB of free storage will have least 12 months’ grace after the changes go into effect early next year. They also can get a free one-year Office 365 Personal subscription, which includes 1 TB of OneDrive storage — but must plunk down a credit card to redeem it.

Current customers of standalone OneDrive storage plans, such as the 100-GB or 200-GB paid plans, are not affected by the changes.

Some commenters to the OneDrive blog post objected to the changes.

“Why punish everyday subscribers for those that are abusing your system with possibly illegal content?” John wrote. “This is a huge backdown.”

“I … moved from Mac to PC last year, largely because OneDrive was such an amazing offering for media pros compared to the low caps of iCloud,” photographer Dan Wells said. Microsoft “understood the needs of those of us who are in the visual media world. … I may well be going back to the Mac.”

“I do video production work, so this is a heavy blow to me,” wrote Kit.

However, capping storage at 1 TB “is not an issue for 99 percent of users,” Tim Smith wrote.

Office 365 consumer subscribers who want to cancel their subscriptions will be given a prorated refund, Microsoft said.

“Unlimited only works if you can contain the amount within available and affordable resources,” observed Rob Enderle, principal analyst at the Enderle Group.

“It was believed there would be hard limits naturally set by upload and download times, but with a fast enough connection and near-constant uploading, you likely could exceed reasonable limits, and apparently a few folks did,” he told the E-Commerce Times.

Microsoft also has moved to cut costs and improve profitability in recent months. The company beganlaying off up to 7,800 staff in July and reportedly pink-slipped another 1,000 in October.

The changes to OneDrive storage “could be a bit of both” cost-cutting and reining in data hogs, Enderle said.

The move won’t put Microsoft at a disadvantage because “this will spread from company to company once started,” he said, “but Google might accept a very high level of pain just for the bragging rights” of offering more storage. 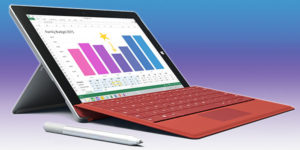