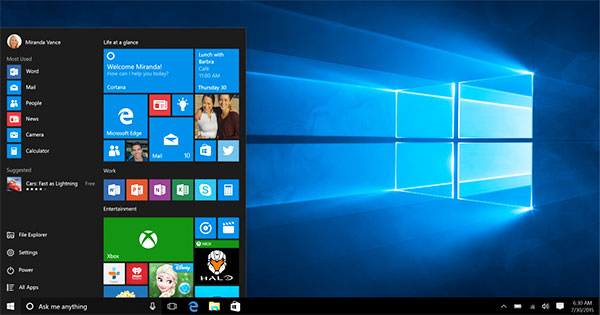 Microsoft seems to have gone off the deep end with its tricks to get unwilling customers to upgrade from Windows 7 and Windows 8 to Windows 10. Doesn’t the company realize this will hurt it? Does Microsoft think it can be abusive and win? Users are complaining loudly. Why doesn’t Microsoft care about the disruption it is causing?

A slice of the Microsoft marketplace wants to move to Windows 10. Fine. Many of them absolutely love it. That is not the problem. The problem is that many of those who liked things the way they were have been tricked into upgrading. They may not have been ready to upgrade for one reason or another, but they were hoodwinked into doing so. A new operating system takes time and effort to learn. Many users don’t want to learn Windows 10 — they want to keep their Windows 7.

What gives Microsoft the right to put users through this kind of hell? Perhaps some users simply like Windows 7, just as many liked XP and stuck with it as long as they could. Windows 7 still has years of useful life before it’s retired.

Perhaps some users don’t have the time to learn a new OS. Perhaps they don’t want to go through the process of backing up and upgrading everything they do on a regular basis. Perhaps they have a life to live or a business to run and simply don’t have time for a major unwanted distraction.

Whatever the reason, they should be allowed to decide the course of their computing lives, don’t you think? That’s especially true since Microsoft can continue to market both versions until such a time when Windows 7 and 8 expire. That was how Microsoft always used to do things. That would have been the right way for the company to make the transition to Windows 10. That would have kept customers happy without upsetting the apple cart.

Instead, Microsoft started by pestering users with daily reminders to upgrade to Windows 10 immediately after it launched. There is a way to remove its pestering message, but it means going into the registry and making changes — something most people should never attempt. One wrong step, and you could turn your computer into a useless brick.

Lately, Microsoft took its Windows 10 pestering one step further. Without permission, it began upgrading some users’ computers to Windows 10.

Who Does Microsoft Think It Is?

However, why would Microsoft want to do that? The fact is, it never has been a user-friendly organization. It has focused on itself and its investors — not the users. That is the difference between Apple and Microsoft.

That is Microsoft’s mistake, because the bottom line is that without happy customers, a company is dead in the water.

Now Microsoft is taking customer abuse to a higher level. It is hurting customers for its own selfish benefit. It is tricking susceptible customers into getting a Windows 10 upgrade. How can the company believe it can get away with such barbaric behavior?

Many Microsoft users are complaining loudly. Microsoft must understand the damage it is doing to its relationships with its user base. It is shooting itself in the foot.

Users Make Their Own Decisions

OK, I understand. Microsoft firmly believes Windows 10 is better. It’s more secure. It has new features, like a touchscreen. It works more seamlessly with other devices. All of that may be true. However, that does not give Microsoft the right to make decisions for people. People want to make their own decisions.

Users are reporting all sorts of problems — everything from the newly upgraded system not working correctly to existing software no longer working. Even if everything works correctly, making the change means enduring a huge learning curve and taking time to adjust. That’s something many users simply don’t want to do.

I have heard many users complain that Microsoft has hurt them with its behavior. Many are very angry that they now have to spend time sorting through this mess. For some, certain programs won’t work, and in some cases, data has been lost.

I’ve heard many stories from everyday people who feel abused by Microsoft. Among those affected are nurses, school teachers, sales people, store owners, students and many other innocent and trusting users. Companies have been affected as well, large and small.

Some have likened their experiences to being in an abusive relationship. Many simply chose to walk away. They switched and moved to an Apple MacBook or another OS. Many of those users who switched said they are glad they did. Now their MacBook, iPad and iPhone all talk to each other without problems. Sure, it took a while to master OS X, but they would have had to learn Windows 10, so a decision had to be made.

Is this the end result Microsoft really wants?

Microsoft Must Stop Being Abusive

Microsoft could end up losing more customers than it expected to. That may be the only thing that will get its attention and make it realize it overstepped the bounds of acceptable behavior.

Maybe Microsoft never had to worry about the customer before, so taking this to the next level didn’t seem to pose a problem. However, it is a big problem for so many of its customers that it makes you wonder how Microsoft became so successful in the first place.

Will this bad behavior bite Microsoft in the rear end? I don’t want anything bad to happen to any company or anyone, but it might take something bad to shake up Microsoft enough to stop the abuse. It will be interesting to see what kind of price the company eventually will pay.