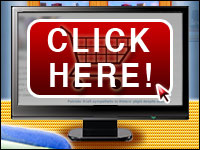 Online outlets’ share of the advertising pie grew 14 percent from a year ago, with mobile channels commanding a larger bite as more users consume content on smartphones and tablets, according to a new report from the Interactive Advertising Bureau and PricewaterhouseCoopers.

Advertisers spent a total of US$17 billion on online ads in the first half of 2012. The bulk of that money went to search-related ads, which accounted for 48 percent of spending for that time period. Search ads brought in $8.1 billion, a 19 percent increase from a year ago.

As consumers turn more to their smartphones and tablets, however, advertisers are increasingly spending in those areas as well. Mobile advertising had the highest growth in spending for the first half of 2012, bringing in $1.2 billion — a 95 percent growth spurt from the same time last year. Despite its rocket-like growth, mobile represents only 7 percent of total online ad spending.

Digital video advertisements also jumped this year, increasing 18 percent to bring in just more than $1 billion in revenue compared with the $900 million they brought in during the first half of 2011. Display-related advertising — which includes banner ads, video, rich media and sponsorships — totaled 33 percent of all online advertising, the second-largest category behind search.

IAB did not respond to our request for further details.

The report confirmed what the actions of many advertising platforms such as Google and Facebook have acknowledged recently — consumers are going mobile, and advertising dollars go where consumers are. However, the rise of mobile ads — and increased efforts from companies like Facebook to gain from them — don’t mean that search ads will be phased out, said John du Pre Gauntt, analyst at GigaOM Pro.

“Search ads live close to transactions, so they’re easier to monetize and therefore plan a budget around,” he told the E-Commerce Times. “They’re almost fully automated in terms of order placement. If mobile is going to overtake search, it’s got to prove to brands that it’s going to save them money for the same pop they’re paying right now, or mobile is going to earn them money they don’t have yet. I don’t see either one of those happening in the foreseeable future, i.e., the next one to three years.”

In such a rapidly evolving industry, where advertisers are increasingly aware of analytic information such as which mobile or search ads engage which type of consumer, the real key to monetizing ad content is staying creative, said du Pre Gauntt. Digital video is a no-brainer for advertisers, as consumers engage well with video content.

Many companies have experimented with location-based advertising, such as offering a free soda if you check in at a certain restaurant via a social network via a Facebook or Foursquare. But that model still needs tweaking, noted du Pre Gauntt.

“The fact that we are taking the geographic coordinates of a person and then making suggestions is cool,” he pointed out, “but not sufficient for making a business unless we’ve done a lot of heavy lifting on both the technical and social engineering sides of the equation.”

Overall, to remain a viable platform for advertisers, companies such as Google, Facebook and Yahoo need to recognize the trends pointed out by IAB, but also evaluate the varied Internet advertising methods and platforms available, said Brian Wieser, an analyst with Pivotal Research Group.

Only then can they break from a one-size-fits-all model for Internet advertising and figure out a way to remain relevant in the rapidly evolving space.

“Ramifications of this data are significant, especially for players who are dependent upon display-based advertising,” Wieser told the E-Commerce Times.

“The industry is not growing, as most types of advertisers generally choose to buy audiences rather than the context in which those audiences appear,” he explained.

“This means that benchmarks for players including AOL, Yahoo and Facebook all need to account for these broad themes,” suggested Wieser, “and seek to gain share by ongoing product enhancements — which is key to Facebook’s growth — or traffic gains if they are to see meaningful growth into the future.”