Mobile Ubuntu Gamble to Fizzle Out in June 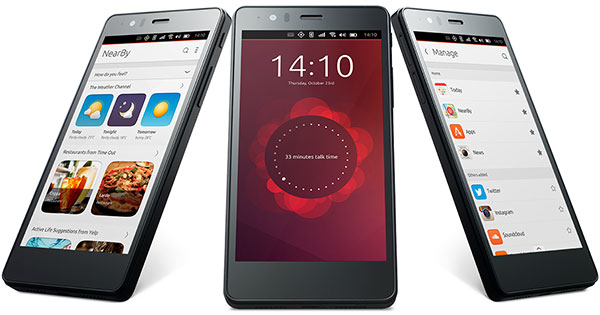 Canonical this week said that it will end its support for Ubuntu Touch phones and Ubuntu-powered tablets in June, and that it will shut down its app store at the end of this year. The company previously had signaled the system’s demise, but it had not fixed a date.

With Ubuntu Touch, a unified mobile OS based on Ubuntu Linux, Canonical hoped to establish a marketable alternative to the Android and iOS platforms.

The news came on the heels of Canonical founder Mark Shuttleworth’s recent disclosure that the company had decided to drop Ubuntu’s Unity desktop environment as of the next major distro release. That revelation hinted that more shedding of unsuccessful technologies would follow.

Canonical will replace its shelved flagship desktop environment with GNOME 3. The Unity decision was based, at least in part, on continuing difficulties in moving it to the Mir X-window server system. That combination was integral to the Ubuntu phone and tablet development.

The critical patching will continue until June 2017, she told LinuxInsider. Then no further updates will be delivered.

Canonical declined to provide details about what led to the end of the Ubuntu phone and tablet technology. However, one obvious reason is the low number of users.

“This is one of those ‘What if you gave a party and nobody came?’ scenarios,” said Charles King, principal analyst at Pund-IT.

It is no doubt disappointing for Canonical, but it also calls into question the viability of any mobile OS that does not have a sizable following or a deep-pocketed vendor behind it, he told LinuxInsider.

“For historical analogies, the early days of the PC business before the market coalesced around Windows and the Mac OS offer some good examples,” King observed.

For the time being, the app store will continue to function, said Dickson. That means users will be able to continue to download apps, and developers can continue to push updates and bug features to existing apps.

“However, it will no longer be possible to purchase apps from the Ubuntu Phone app store from June 2017,” she said.

After that date, developers of paid apps already in the store will have two choices: make their apps available for free, or remove them from the store.