Twitter will soon significantly expand its advertising reach after the social network agreed to a deal with Publicis’ Starcom MediaVest Group, one of the world’s largest advertising agencies.

Starcom’s top clients, which include Coca-Cola and Microsoft, will now win some of the premier advertising slots on Twitter, according to published reports. The two companies will also gain access to each other’s demographic research and user data, which can help marketers reach out to specific Twitter users.

Starcom will benefit from the handful of new advertising features that Twitter has recently released to marketers. The updated tools include real-time polling capabilities, direct targeting of users based on trending keywords, and access to more data to hit certain demographics.

The companies are also looking to develop the relationship between advertisers and the growing consumer segment that is using Twitter to share comments on popular TV shows, sporting events or live news coverage in real time. For instance, a popular pizza chain could tweet a special discount during halftime of a championship playoff game.

Twitter recently launched a similar attempt at targeting entertainment consumers with Twitter #Music, an app that allows users to search for new music and connect via trending songs, albums and artists.

Neither company released financial details of the deal. Neither Twitter nor Starcom responded to our request to comment for this story.

The partnership between Twitter and Starcom comes as many marketers are hoping to speak to the so-called “second-screen” social media users. 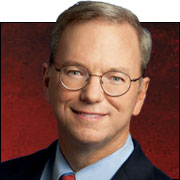 Schmidt on Google’s UK Taxes: This Is How It’s Done