Netflix Struggles to Right Itself

What a difference a year makes. Netflix, the tech industry’s golden child last spring, has been struggling to overcome a series of missteps it made later in 2011. There is guarded optimism that when the company posts its fiscal first quarter report after the closing bell on Monday, some progress will be evident.

However, Netflix is expected to report a net loss of $9 million to $27 million for the quarter. It is also expected to post sales growth, in the range of 21 percent. If this proves to be accurate, it will be an improvement from third-quarter 2011 when it was hemorrhaging subscribers and revenue.

Still, it won’t come close to touching the average 32 percent increase in annual revenue that the company posted in its early days — and before its unpardonable flubs in the latter half of last year.

Anatomy of a Very Bad Year

Those missteps included the clumsy imposition of a new pricing model that raised subscriber fees by 60 percent. Netflix then made matters worse by announcing plans to launch a spinoff called “Qwikster” that would handle its DVD operations. However, it quickly canceled that plan when the extent of customer hostility toward the change became clear.

Even a profuse apology by CEO Reed Hastings did not stem customer defections, though, and by the third quarter, some 800,000 customers had bolted — many publicly lambasting Netflix as they did.

By Sept. 2011, Netflix had lowered its guidance for both the streaming-only and DVD-only plans. Its stock price, not surprisingly, plunged 77 percent from July to the end of the year.

By Jan. 2012, it seemed that the company had engineered a turnaround of sorts. It added 610,000 customers in the fourth quarter of 2011 and projected that its profit margin could increase by 11 percent.

Year to date, the company’s shares have risen by 50 percent.

Shareholders have shown little inclination to forgive Netflix for its worst sins, though. Jan. 2012 was also when Netflix shareholders filed a class action suit against the company, alleging that it withheld material information from investors about its growth prospects and plans to raise fees.

Customers are also likely to remember how Netflix treated them, said John Tschohl, author of the book Achieving Excellence Through Customer Service and president of the Service Quality Institute — especially as the competition ratchets up.

“The outlook is terrible for Netflix,” Tschohl told the E-Commerce Times, as providers such as Hulu and Amazon start to go after its customer base.

“I wouldn’t bet on the future of Netflix until they realize they are in the customer service business first and then the movie business,” he remarked.

“After everything the company did wrong, he has failed to truly make good and offer a sincere apology,” he said. “Social media can destroy your brand in minutes when you operate with arrogance.”

A somewhat kinder assessment of the CEO came from David Cadden, a professor of management in the school of business at Quinnipiac University.

Hastings “created a business by recognizing an unexpressed need,” Cadden told the E-Commerce Times. “He attempted to improve operations by opening up the design of algorithms used by the company to outsiders. Further, he attempted to enhance operations with direct downloads rather than waiting for the mail.”

All in all, Cadden said, he is “a very creative guy. “

Hastings’ big mistake was the change in pricing that provoked customer outrage, he continued.

Whether his corrective steps went far enough to bring Netflix back to its position in the market last spring remains to be seen, but at minimum, “I think he will retain his position,” Cadden said.

Netflix did not respond to our request to comment for this story. 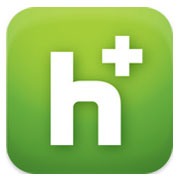 Look Before You Make the Leap to Hulu Plus for Android