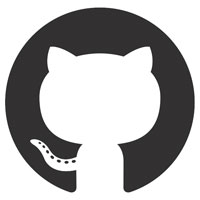 GitHub earlier this week launched GitHub Marketplace, featuring apps from more than a dozen integrators, at the GitHub Satellite conference.

The platform allows developers to review and purchase new tools that do everything from helping to manage projects, to automating code building, testing code quality, or monitoring the impact of code changes.

The marketplace allows developers to start using the tools collected there without setting up multiple accounts or multiple payment methods.

Among the launch partners areTravis Cl, Codacy, Waffle.io, Sentry, Appveyor, ZenHub, CircleCi and others, with more to be announced in the future.

Waffle.io, an open source developer of workflow apps, said participating as a GitHub Marketplace launch partner allows it to reach more customers directly and enhance the overall marketplace right out of the box.

“With Waffle, we are building project management that puts the needs of developers first, but to take this approach, the company must be brought into the GitHub ecosystem,” said Andrew Homeyer, founder of Waffle.io.

“GitHub Marketplace gives us the credibility for developers and companies alike to trust we’re the best-of-breed product to integrate into their workflow,” he told LinuxInsider.

Circle Ci, another GitHub Marketplace launch partner, will use the site to promote its mission of helping developers speed the building, testing and deployment of code.

“Everything we do is aimed at making it easier for developers to build great things,” said CircleCi CEO Jim Rose.

“The ability to find and install additional tools via GitHub Marketplace is another way to streamline the discovery process for developers,” he told LinuxInsider, “and help them find the best tools to help get code from commit to their end users, faster.”

Users of the company’s 2.0 platform, which is in beta, have seen up to 50 percent reductions in build time, Rose said.

The platform allows users to configure CPU and RAM to meet their needs and allows them to access first-class Docker support, he noted.

GitHub Apps, formerly known as “Integrations,” is now out of its prerelease phase. It’s designed to help walk developers through the process of setting up and managing apps, as well as adding integrations to apps.

GitHub Graph QL API, now out of it’s Early Access program, allows developers to create their own tools with more data access than ever, using the same API that is used to build GitHub. Data requests now can be made in a single request with real-time updates.

GitHub also announced that a new Git and GitHub integration for the Atom text editor is available for desktops, and that the GitHub package will come bundled with Atom 1.18. Atom beta is currently available for download.

Also, the new GitHub desktop beta, which is redesigned on Electron, is now available. The new desktop version is completely open source. It allows collaboration and commit changes without touching the command line.

GitHub’s marketplace and its apps are artifacts of the platform’s increasing maturity and popularity with developers, noted Paul Teich, principal analyst at Tirias Research.

An organized repository like this was not needed when the number of projects was small, he told LinuxInsider.

“When all the developers knew how to search for projects, or they had time to spend looking for specific capabilities, they weren’t needed,” Teich said. “As GitHub expands and becomes the repository for production code of all sorts, productivity becomes a challenge.”

Graph QL is a very interesting idea, he noted, as it requires only a single query to retrieve data out of attached storage and, presumably, databases.

With the ability to add and depreciate fields, it looks like a “clean abstraction layer for hiding calls to different storage and database systems,” Teich said, so developers don’t need to keep current with all the various individual APIs lying just beneath the surface.