Stagefright, a multimedia library in Android 2.2 and higher, has been exploited again, according to news reports published last week.

Zimperium last year reported a Stagefright exploit that it said exposed 95 percent of Android devices. Google incorporated a patch Zimperium created for the exploit into its code repositories.

Details of the latest exploit, named “Metaphor,” were published earlier this month in a paper from NorthBit.

That works out to about 30 percent of all Android devices, according toStatista.

It bypasses address space layout randomization, or ASLR, which Google had introduced as a security measure.

“The original Stagefright vulnerability disclosures showed us that yes, there are issues with this library,” observed Andrew Blaich, lead security analyst atBluebox Security.

“Metaphor confirms this problem is real and is using the disclosed vulnerabilities and research to produce a real attack that affects Android users,” he told LinuxInsider.

Metaphor essentially involves parsing the tx3g atom in MPEG-4 files, which are used to embed subtitles into media.

It basically creates a heap overflow and controls the heap size — how much to write into the buffer — and data — what to write. It predicts where its object will be allocated by carefully shaping the heap.

It consists of the following modules:

However, Leak isn’t supported on Chrome before version 19 and doesn’t work on Samsung’s SBrowser, although NorthBit hasn’t figured out why.

Further, Metaphor requires the attacker to have some prior knowledge about the victim’s device, NorthBit said.

Building a universal exploit requires creating lookup tables for each ROM, and it may still be necessary to elevate privileges of the mediaserver process as different vendors give mediaserver and its groups different permissions.

Still, having to build lookup tables for each ROM is a small hurdle toward achieving mainstream malware capacity, noted Jason Haddix, director of technical operations atBugcrowd.

How Many Are at Risk?

Some 235 million people are at risk, he told LinuxInsider.

Those “are estimates based on device sales and should be taken with a grain of salt,” Haddix said, but “a very large percentage of people are subject to this attack. With remote exploitation possible and a way to bypass the strongest security — ASLR in this case — it is a very big deal.”

On the other hand, ASLR “does not have as much randomness as most folks would like, which makes it a low hurdle for attackers to get past,” Bluebox Security’s Blaich pointed out.

Android devices patched in October or later are protected because of the fix Google issued, a Google spokesperson told LinuxInsider in a statement provided by the company’s Aaron Stein.

“Google continues to audit and patch Stagefright and its related libraries each month with their monthly security updates,” Blaich pointed out. “However, the vast majority of Android devices remain unpatched to these fixes.”

Carriers and device manufacturers delay the release of a patch considerably because they test the patches before releasing them to consumers.

Even if Google replaces or overhauls Stagefright, Haddix remarked, “it’s hard to force device manufacturers to force upgrades for all but the newest phones.” 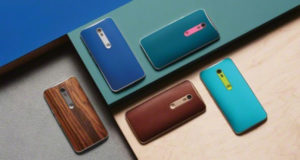 Motorola Promises Its Smartphones Will Love You Back