Nintendo shares soared on Monday after its new augmented reality mobile app, Pokemon Go, burst out of the gate over the weekend in the U.S and in key markets around the globe.

The company’s shares rose 36 percent in two days, after downloads of the Pokemon Go app raced to the top of iOS and Android charts in the U.S.

“Especially noteworthy is that there were no aggressive marketing campaigns prior to the app going live, and the rapid ascent to the number one spot in sales ranking … was unexpected,” she wrote.

Nintendo, the Pokemon Co. and Niantic, the former Google unit behind the wildly popular augmented reality game Ingress, teamed up to provide a mobile gaming app based on the iconic Pokemon franchise.

Cashing In on the Franchise

“The strong response in Nintendo shares is not only because Pokemon is a global phenomenon with a large fan base, but because it is being distributed on Android and iOS, which have billions of active users,” Jon Peddie Research Senior Gaming Analyst Ted Pollak told the E-Commerce Times.

Pokemon Go is a bit of an outlier, but it represents a standout example of what Nintendo can do in the realm of mobile, said Brian Blau, research vice president at Gartner.

“The company has had a difficult time in the past few years, and investors have been looking for how they will turn the company around,” he told the E-Commerce Times. “While I don’t believe this one game will change the overall trajectory of the company, it’s a clear sign that some of their turnaround efforts are starting to pay off.”

Since the downloads are free and the in-app purchases will provide incremental revenue, the longer-term test is to create new content that will keep gamers coming back, observed Lewis Ward, research director for gaming at IDC.

“That will have an effect on the general perception of Nintendo in the context of its burgeoning mobile games business,” he told the E-Commerce Times.

Nintendo has been investigating augmented reality and virtual reality technologies as a way to revive its flagging business in recent years.

VR is an “interesting technology,” said President Tatsumi Kimishima during a conference call with investors early this year.

Nintendo was looking deeper into the technology, he acknowledged during a question-and-answer session at the Nintendo annual meeting last week, calling it a “promising technology.”

“We are well aware that other companies are developing games and game-related products using VR technologies, and that consumers are interested in all of this,” Kimishima said.

The company was taking steps to increase value on many fronts, he added, including continually investigating projects that would make use of Nintendo’s intellectual property, and developing products that would improve the quality of life.

The company was hard at work to ready its new game system, code-named “NX,” by next March, Kimishima said.

In order for the company to build upon this success, it will need to leverage some of its other successful franchises onto these new mobile gaming platforms, he suggested.

The company will benefit if users are able to enjoy an “enhanced experience,” said Pollak, with additional hardware that allows customers to participate in gaming beyond just using smartphones and tablets. 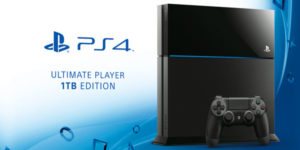