No One’s Better at Wrecking CRM Than the CEO

I love CRM as a discipline, but I have no illusions about its ability to survive in the cruel world. The reality is that customer relationships are fragile things; they need the right environment to flourish and be profitable.

There are a host of things that can scuttle these relationships, and most of them are entirely out of the control of the person tasked with CRM. They span the company from top to bottom, and they demand the attention of the most senior executives if they are to be handled properly.

The most elemental destroyer of customer relationships is a shoddy product or service. Next along the chain of failure are your front-line employees — hire the wrong ones and you’ll be presenting an unattractive face to the customer.

It Starts at the Top

At the very top of the chain — the head of the proverbial rotting fish — is the CEO. These days, the CEO has more opportunity to speak to the public via blogs and other social media than every before. The media also love going to CEOs for commentary; nothing beats a quote from the people at the top.

However, this is placing top executives in a tenuous position if they fail to appreciate the effect their words have on customers. A comment made in jest to a journalist, or an attempt at satire on a blog that falls flat, can create the image of a cold, uncaring or mean-spirited CEO. Also, since many people view companies as extensions of the CEO, those well-intended words can color their relationships with these offending businesses.

Thus, it’s imperative that your CEO be tuned in to the effects of his or her words — or that you have an editor in place who is empowered to make changes when they need to be made before they appear in the blog, and a PR team that can help the CEO stay on point during interviews.

There’s also an emerging class of CEO that seems to think it’s immune to the impact of its own words. This class is best represented by Michael O’Leary, the CEO of European budget airline RyanAir, who says outrageous things on monthly basis.

Part of this seems to be intentional — it keeps RyanAir in the media, albeit for the wrong reasons. This week, O’Leary told the British newspaper the Telegraph that seat belts in airplanes were useless.

“You should be able to choose from a safety perspective,” he said. “We don’t have heavy landings anymore. If you say to someone, ‘look, hang onto the handle there, you’re coming in to land,’ they’ll be fine.”

O’Leary is lobbying for standing-room spots on his extreme-discount airline, which would mean a relaxation of rules about seat belts. Recent data seem to suggest seat belts are helpful; according to the Federal Aviation Administration, about 58 people in the United States are injured by turbulence each year while not wearing their seat belts. From 1980 through 2008, 234 incidents of severe turbulence caused 298 serious injuries and three fatalities — all this in an era when passengers are advised to remain buckled up to avoid just such injuries.

However, concern for customers is not a priority for O’Leary. In the past, he’s called customers “idiots” for paying the airline large fees for not printing out boarding passes ahead of time, and other victims of his pronouncements have included the European commission (“morons”), airport operator BAA (“overcharging rapists”), British Airways (“expensive bastards”) and travel agents (a variation of the F-word).

RyanAir is notorious for its cheapness — its employees aren’t even allowed to use the company’s electricity to charge their mobile phones — so it probably doesn’t have much of a customer relationship management system in place. But what if it did — and what would you do to rectify things if you were running it? Is there anything you can do to salvage a situation like this?

A few years ago, CEOs could get away with attitudes like this; they could disparage customers and partners in private and even in the press, and the echoes would be few. Today, however, the Internet provides a megaphone for the inordinately candid, especially when they are people in power, like CEOs. That assists such folks in being assassins of CRM efforts — much to the chagrin of those in sales, marketing and support.

What the Election Says About Social CRM 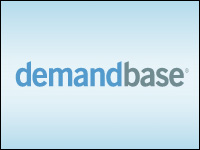