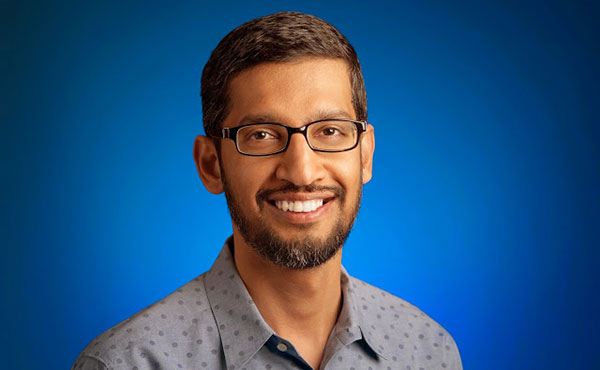 Google on Monday announced a restructuring that will make it a wholly owned subsidiary of a new umbrella company called “Alphabet.”

Product Chief Sundar Pichai will take over as CEO of Google, while Google cofounders Larry Page and Sergei Brin will be CEO and president, respectively, of Alphabet.

“He has the intellect and the experience — and above all, the trust of Page and Brin,” he told the E-Commerce Times.

The new organization will have a hub-and-spoke architecture, with a trimmed-down Google handling the company’s core businesses — its main Internet products.

Alphabet will oversee a collection of companies that are “pretty far afield” of that core, including Google’s Life Sciences and Calico health projects, its experimental X Lab, its Wings drone delivery venture, Google Ventures and Google Capital.

Alphabet will be the publicly traded entity, but Google’s two classes of shares will continue to trade on Nasdaq as GOOGL and GOOG.

All shares of Google automatically will convert one-on-one to shares of Alphabet.

Google’s shares spiked to US$704 in early trading Tuesday and were trading at around $693 at press time.

The new model means that each business entity under the umbrella will be run by a strong CEO, advised by Page and Brin.

Capital allocation will be managed rigorously, Google said, and Page and Brin will make sure each business is executing well.

The company will introduce segment reporting starting in Q4, with Google financials provided separately from the rest of the Alphabet businesses.

The new structure “will allow us to keep tremendous focus on the extraordinary opportunities we have inside of Google,” Page said.

It will “accelerate each innovative endeavor to operate independently … without being crushed under the weight of corporate [headquarters,” he told the E-Commerce Times, while providing greater revenue and margin transparency for Google’s core businesses, including search (Adsense and Adwords), display (DoubleClick), and YouTube.

Visions of an A-to-Z Future

Page and Brin plan to focus on what they consider “more ambitious things.” They will take the long-term view, empower entrepreneurs and companies, make decisions to invest based on the scale of the opportunities and resources they see, and improve the transparency and oversight of the company’s far-ranging operations.

The pair hinted at those aims last year in a fireside chat with venture capitalist Vinod Khosla.

Companies that do highly interrelated things will come up against limits in terms of complexity, Page said at the time, adding that if they did some things that were a little less related, they could handle more things.

Google “became every bit of what it promised to be when it was incorporated in 1998,” suggested Andreas Scherer, managing partner at Salto Partners. That is, it became “a well-oiled machine of global significance that continues to grow and produce cash.”

The reorganization will let Page and Brin “focus on the next big thing under the Alphabet umbrella, while the day-to-day business of Google remains in strong hands,” he told the E-Commerce Times.

The restructuring “doesn’t really offer much transparency,” Covestor’s Randall pointed out, and it “adds layers of bureaucracy and expense.”

Page and Brin have expressed admiration for Berkshire Hathaway’s ability to manage a variety of diverse businesses, “but Warren Buffet wouldn’t be caught dead with Google’s collection of underbaked, cash-flow-negative projects,” Randall maintained.

The new holding company “should have been named ‘NBA Superstar,'” he suggested, to reflect “a successful moneymaker surrounded by a crew of cash-burning people and projects.”