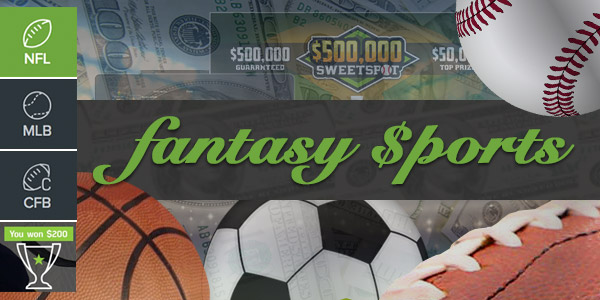 New York Attorney GeneralEric T. Schneiderman this week sought an injunction to keepDraftKings andFanDuel from operating in the state, according to press reports.

He also subpoenaedYahoo as part of his effort to end the operation of daily fantasy sports platforms in New York, press reports said.

“Yahoo does not comment on legal matters,” the company said in comments provided to the E-Commerce Times by spokesperson Sean Hamel. “We are monitoring industry trends and events closely and believe that we offer a lawful product for our daily fantasy sports users.”

If Schneiderman is successful in his bid to bring down DFS platforms in New York, the result could tip the dominoes in other states.

Springing up from ground worked by traditional formats of fantasy sports, DFS leagues and platforms have blossomed in short order, with DraftKings and FanDuel attracting millions of players daily.

Yahoo Sports got in on the action this past summer and has grown into serious competition for the top two players.

Fantasy sports entails players — who serve as presidents, general managers and coaches for their teams — drafting athletes from a sports league to form their teams. These player teams accrue points from their selected athletes’ performance on the field.

Because players generally draft athletes based on on-the-field performance, fantasy sports has a component of skill. It’s still heavily based on chance, however, and even the best team can lose against a seemingly hapless underdogon any given Sunday.

Now the industry is funded by “blue-chip investors, advertisers and partners,” he told the E-Commerce Times.

The legal environment for the DFS business model has varied from state to state, Walters said.

“After the DFS insider trading scandal broke, state and federal regulators began to more closely scrutinize this industry — which leads us to where we are today,” he noted. “Ultimately, the different state laws may lead to a hodgepodge of inconsistent rulings and availability of this form of entertainment throughout the country.”

The best route for the DFS industry may be to implement voluntary regulation and waste no time in doing so, considering states’ “broad power” to impose regulations on gambling, said Walters.

The industry also would be well-advised to open a dialogue with individual states about how their economies could benefit from DFS platforms, he said.

“Those efforts began recently and are expected to increase. Some states will be more receptive to legalization and regulation than others,” Walters said.

“The reaction of Yahoo Sports to news of a potential investigation will be interesting,” said Walters, “and may signal the future direction of the industry.”