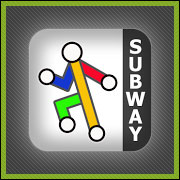 New York Subway,a mobile app from Visual IT, is available for US$2.37 at Google Play. 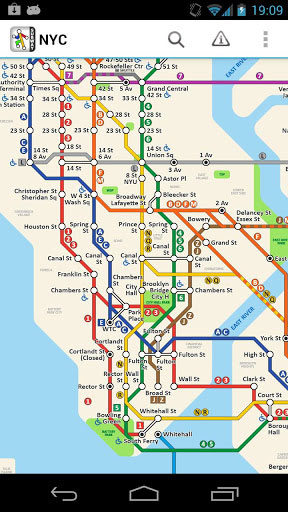 Some of my earliest memories are of high school commuting days standing on railwayplatforms in biting cold weather, day after day, leather-soled shoes absorbing any bodyheat like an air-chilling coil in an air conditioner.

I commuted to high school — some years ago now — back in the old country using arickety, drafty, nationalized rail network. That was when the trains ran. When theydidn’t, I just stood there looking down the tracks like the dog waiting for its master.

Today’s commuters have things a bit sweeter, in my opinion. High tech, eco-friendlyinsulating fabrics or rubber soles make standing around in sub-zero temperatures hardlynoticeable on the feet.

All of this information is generally available for free, or through an easily obtainable license tocommercial vendors, who use it to speed us commuters about our app-drivenlives.

So Far, So Good

I decided to take a look at one of the apps developed for this mollycoddling purposewhile I was on a recent trip to transportation hard-nose, New York City.

In testing, I found the live service status worked great and provided a clear indication to methat my lines — 4, 5 and 6 — were operating normally. I can assume the feed worked.

The offline map was fine — again, no problems.

Overall, the app provided the service for which it was intended, and I don’t have anycomplaints. However, I’m a difficult consumer — as my local box stores will attest — and therefore am going to run through a list of improvements that Visual IT should make.

First — and this is maddening — the map doesn’t clearly indicate which stations are local stops andwhich are local and express. As all New Yorkers know, the 4, 5 and 6 trains run along theLexington Avenue line. Trains 4 and 5 are express, and 6 is local. Minor stations like Spring Street are local, and only the Number 6 train stops at that station, not expresstrains 4 and 5.

I know this. All new Yorkers know this — but although it’s indicated on most New York transportation maps, it’s not on Visual IT’s map. This renders the app useless for tourists.

Complaint No. 2 is not about an omission — it’s a feature request to the Visual IT andNew York MTA XML provider: Provide useable, drilled-down routing when online.How hard can it be to index every address in the city and allow users to enter theactual street addresses they’re departing from and going to?

As the app is right now, you have to scroll down through a list of tourist-unfriendlystation labels to find a starting point. For example, scroll to “Canal Street/LafayetteStreet” to perform a routing from SoHo. Much more useable would be entering yourlocation, say “28 Greene Street,” and destination.

The app could then tell you that the nearest station is Canal Street/Lafayette Street, andinstruct you how to get there, complete with transit routing.

It’s just lazy on the part of the publisher to leave it like it is. Charge more, if necessary.

Complaints aside, even vague offline routing does make this advertising-free app a worthwhilebuy at $2.37 in the Google Play store compared to a free app like Alexander Perlyuk’snycTrans.it MTA Status & Map, which has a much better map, plus status feeds — but norouting at all, however lazy. 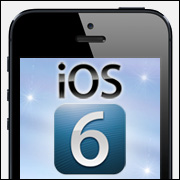