One Small Step for NASA, One Giant Leap for Open Source

“Space: the final frontier.” These may be the opening words of the Star Trek series so loved by geeks far and wide, but lately, they’ve been on the tip of more Linux bloggers’ tongues than ever.

Why? Because Linux recently scored a major victory some 230 miles up in the sky. Specifically, Windows got the big heave-ho from the International Space Station, which has now boldly gone on to embrace Linux instead.

“We migrated key functions from Windows to Linux because we needed an operating system that was stable and reliable,” explainedKeith Chuvala of United Space Alliance, a NASA contractor deeply involved in space shuttle and International Space Station (ISS) operations.

Of course, Redmond’s pain is Linux’s gain — as increasingly seems to be the case these days. The result? An extra-bright starry twinkle in more than a few FOSS fans’ eyes.

‘It Doesn’t Take a Rocket Scientist’

“GNU/Linux is out of this world,” enthused blogger Robert Pogson, for example.

“When you really need performance/weight as in the space program, who are you going to call: an OS designed by salesmen in secret and in league with hardware suppliers, or an OS designed by computer geeks trying hard in the open to get the last bit of performance and reliability out of hardware?”

Indeed, “while it doesn’t take a rocket scientist to see the advantages of Linux, I guess it doesn’t hurt, either,” agreed Google+ blogger Kevin O’Brien.

“As those of us who have used Linux know, it is indeed safer and more reliable,” he added.

“Linux is everywhere, not just by its free nature but for stability, resource-efficiency and openness,” Google+ blogger Rodolfo Saenz told Linux Girl. “NASA needed to rely on a powerful open OS to be modified at will, and they’ve got brilliant developers and resourceful engineers dedicated to research. GNU/Linux was a natural choice for them.”

In fact, “I think it would be no surprise if they come up with a NASA closed-Linux distro in the coming years (or even months!),” Saenz suggested.

“Once more, GNU/Linux is an example that great minds (freely and passionately) work better than big corporations,” he concluded.

It is “very cool that organizations like NASA are starting to take more and more notice of Linux,” Linux Rants blogger Mike Stone opined.

“I predict that we’re going to see more critical systems moving to Linux because of its open nature and its stability,” Stone suggested. “Sadly, Windows XP didn’t really set the bar all that high.”

The move “makes sense,” consultant and Slashdot blogger Gerhard Mack agreed. “Not only should it be more stable, it should be easier to centrally manage. And NASA uses mostly custom apps, so compatibility with Windows is not as important for them.”

Similarly, “this is good news, though it suggests that the number of scientific tools available on such laptops makes the choice relatively easy,” offered Chris Travers, a blogger who works on the LedgerSMB project.

“Presumably they didn’t choose something like FreeBSD because of more limited hardware support there (this being said, my sense is that what hardware FreeBSD and the like do support is more stable than under Linux),” Travers added.

“Linux as a kernel supports a wide range of hardware, and *Nix environments (including both *BSD and Linux) are becoming increasingly the mainstay of scientific and engineering environments,” he said. “I suspect this is one reason why Autodesk programs run so well under WINE.”

“I think that this is awesome news, for the people who work in the ISS and for the Debian project,” Legree told Linux Girl. “It makes good sense. Debian runs extremely well on hardware that was spec’d for Windows XP (i.e. in terms of the hardware ‘power’), Debian is extremely stable, Debian handles upgrades and updates better than just about anything I have used — did I mention that it is free?”

Although “sadly we won’t be following the same path where I work when Windows XP reaches EOL (we will roll out Windows 7 and Office 2010 … ), my own personal experiences at home show the sense in this,” he added.

“My HP 2133 netbook runs better with Debian and LXDE than it ever did with Windows XP,” Legree concluded. “Everything just works, right out of the box.”

‘This Is Where Linux Fits Best’

Last but not least, Robin Lim, a lawyer and blogger on Mobile Raptor, had a bittersweet interpretation.

“To me, this is really nothing new and exciting,” Lim told Linux Girl. “NASA has been using Linux more and more to power its space program. Most recently, they use three Android-powered Nexus One smartphones as part of a low budget experimental satellite program.”

In fact, “this is really where Linux fits best,” he added. “Its open source nature allows the end user to customize it to fit their needs.”

Nevertheless, “it is another success in an area where GNU/Linux has had a long string of successes,” Lim suggested.

‘All About Apps and Choices’

At the same time, however, “this also highlights the one area where GNU/Linux is weakest: as a desktop computing platform for the average user,” he said.

“With a consumer platform, it’s all about apps and choices,” Lim explained. “What GNU/Linux needs at this point is not a NASA endorsement but a company who can build a stronger software and hardware ecosystem around it — in other words, an Apple, Google or Microsoft or maybe even Samsung.

“Maybe the community itself could give it a big boost,” he suggested. “Retire 95 percent of the distributions and task the resources there to developing consumer Linux-compatible apps.” 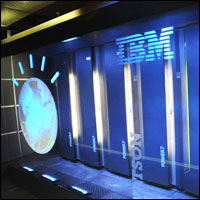