The Linux Foundation on Wednesday announced that it has taken the OpenSwitch Project under its wing.

OpenSwitch is an open source, Linux-based network operating system, or NOS, that works with enterprise-grade switches from multiple vendors.

Apart from the founders, members and participating organizations in the OpenSwitch Project include Extreme Networks, Edgecore Networks, Barefoot Networks, LinkedIn, Marvell and SnapRoute.

This means the R&D burden “doesn’t grow exponentially as you add more features, because you can isolate and test modules independently,” Wilde told LinuxInsider. Once OpenSwitch is run in an operation, “you can isolate processes, removing those that aren’t needed [or] processes that fail.”

The Importance of Being Open

Traditional switches and NOSes have a proprietary, vertically integrated model that inhibits flexibility.

“The networking industry has for many years been in a stranglehold of proprietary technologies and OSes, forcing customers to line up behind one or another vendor and limit [themselves] to that vendor,” Wilde said.

HPE believes this area “is right for open innovation,” he continued. “The best route to innovation is going through a community effort. It allows much faster innovation, much better security, and very good investment protection. You’re not locking customers into proprietary technology that’s not portable — you’re enabling customers to take control of things and take part themselves.”

OpenSwitch “has the potential to grow as the community evolves, to address all aspects of the networking market,” Wilde said. “We’re starting with data center use cases, but that can evolve … to service providers and, absolutely, Internet infrastructure.”

HPE will benefit because “at the end of the day we will, as well as offering an open source version, create a commercialized version of our own [with] additional proprietary functionality that supports our customer base,” Wilde said. “If you look at the Red Hat model, we can also offer services around this as well.”

Linux is the foundation “in one way or another of many NOSes today,” Wilde noted, “even proprietary ones — and it’s the best platform to build off.”

However, OpenSwitch “is the only open source effort designed with a full featured network stack,” he asserted. “Our intention in getting [it] off the ground and sponsoring it is that it becomes the industry standard go-to NOS, and that over time vendors will standardize on it and customers will demand it. It’s not just about the vendor.”

Why The Linux Foundation?

The NOS business is like the wild, wild West.

“NOSes are not an area of standardization,” Wilde remarked. “It’s all individual protocols, and the Linux Foundation provides a more natural path due to open collaboration.”

The idea is to take a bigger community and drive the innovation, he said. “Overall, it’s more appropriate to go with the Linux Foundation.”

LinkedIn has designed its own data center switches and a networking software stack, in Project Altair, to move its data centers to a Web-scale infrastructure involving custom technology built in-house.

Through Project Falco, the company has contributed considerably to the OpenSwitch project, which is among the options it’s considering as a NOS.

OpenSwitch’s modular design “could potentially create an easy way to adapt a minimal feature set that could enable us to overlay our control plane architecture in the future,” he told LinuxInsider, and LinkedIn is “looking forward to actively participating in the development of OpenSwitch.” 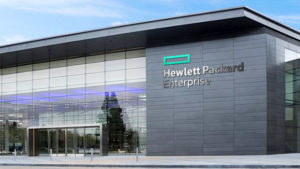 What Will HPE Sell Next?