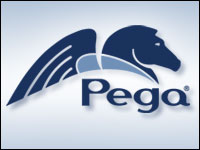 Pegasystems will demonstrate examples of simple integration between its BPM applications and the CRM functionality it will inherit from Chordiant at its upcoming trade show.

Then, in the May/June time frame, the company will announce a detailed road map for integration of the two applications, according to comments made by Pega CEO Alan Trefler during the company’s earnings call.

For users of Chordiant software, the highlight of the call came during the question-and-answer period, when Trefler was asked to elaborate on the integration plan.

Pegasystems announced its acquisition of Cordiant — a US$161.5 million, or $5 per share deal — deal earlier this year.

During the Pega World expo, to held shortly in Philadelphia, customers will be able to get a sneak preview of the initial integration that has been accomplished at the user interface level, Trefler said.

One demonstration, he said, will show the Chordiant Foundation application augmented by Pega’s BPM technology. It allows the user to toggle back and forth between the two applications to complete an order fulfillment process without having to deal with two separate systems.

Pega will be holding a roundtable discussion with Chordiant customers as well as one-on-one discussions, he said.

“The development work you will see at Pega will be real — we won’t do a Franken-stack integration,” he said. “This will be a fundamental integration that will be unified from the point of view of both the end-user and the developer.”

There is high demand in the market for this type of CRM-BPM integrated functionality, he added. “We have seen BPM taking over multichannel customer centers in multiple firms. We have been good at the process rule end of it, but in terms of analyzing the data and closing the loop, we have relied on third-party tools.”

The integration will still allow customers to use other third-party analytical tools — like SPSS — if they want to, he said.

There is indeed demand for integrated BPM-CRM functionality, acknowledged Nucleus Research Vice President Rebecca Wettemann — but it remains to be seen whether an integrated Pega-Chordiant will deliver it.

“Chordiant has traditionally been quite expensive to develop and deploy, which is one reason it had to be acquired,” Wettemann told CRM Buyer.

“In general,” she said, “you see increasing questions from companies along these lines: ‘How do I automate processes? How do I apply a rules engine to those processes I have automated, and how do I use that to manage the relationships for my business?’

“So far there haven’t been that many satisfactory tech solutions as an answer,” Wettemann concluded.

Pegasystems’ Chordiant Buy Not Without Risks

The State of BPM: Poised for Takeoff