Peppermint OS Puts Its Pedal to the Metal 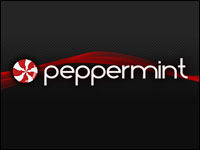 Linux aficionados gained a new option Monday, thanks to the release of Peppermint OS.

Checking in at under 512 MB, Peppermint is a Linux-based operating system that’s designed to be cloud/Web-centric, ready to use and “insanely fast,” its makers said. As a fork of Lubuntu, the system is based on — and compatible with — Ubuntu 10.04 and its repositories.

“I think that we have come to a crossroads in modern technology where consumers are becoming less and less afraid of trying new things in order to get exactly what they want,” Shane Remington, Web developer and project manager for Peppermint OS, told LinuxInsider.

Currently, there are two de facto giants in the operating system market, Remington added: “One is siphoning your wallet with its unreliable software; the other convinces you that you can’t possibly survive without them,” he asserted. “Peppermint OS is here to prove you can live without either of them if you are willing to take a look.”Live installation CDs of Peppermint OS are US$7.99; USBs are coming soon.

The default desktop environment for Peppermint is LXDE, “which has shown itself time and again to be user-friendly, easy on the eyes, and wicked fast,” according to the Peppermint team.

Among the operating system’s requirements are i386 or derivative processor — AMD64 and x86_64 are both fine — as well as 256 MB of RAM and 4-GB hard drive space.

Peppermint is also the first operating system to include Seesmic by default, its makers note.

‘We Didn’t Even Install Kernel Headers’

“Essentially, what we’re really trying to do is move things away from locally installed apps,” Kendall Weaver, lead developer for Peppermint OS, told LinuxInsider. “When you start running large amounts of those, many of them end up running as background, and that uses up lots of system resources.”

With Peppermint OS, “the decision was to concentrate on speed over everything else,” Weaver explained.

Toward that end, the development team preintegrated the major Web apps and got permission from Seesmic to integrate its Web app as a Twitter client, he noted.

“We didn’t even install kernel headers to help with boot speed as much as possible,” Weaver said.

Peppermint is based on Ubuntu so as to take advantage of its widespread acceptance, he noted.

“Every bit of software for desktop Linux today makes sure Ubuntu is supported,” Weaver pointed out. “It would be foolish for us to not take advantage of that.”

“This type of OS is interesting, given the increased use and capabilities of Web application development, and also amid the debate over native versus Web or cloud-based applications as the mobile device market grows,” Jay Lyman, an analyst for open source with the 451 Group, told LinuxInsider.

Linux versions “such as Peppermint — as well as Chrome OS, Jolicloud, MeeGo, Ubuntu Netbook Edition and others — have great potential in pushing innovation, whether it is synergy with other mobile, desktop and server operating systems or advanced performance and features — speed being key to these software systems,” Lyman added.

“However, they also have great challenges in working with the latest hardware and breaking out of niche uses,” he pointed out.