Plex for Android Is Pretty – but Pixelated, Plodding and Painful to Use 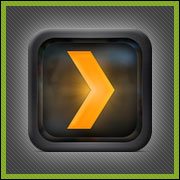 Plex for Android, an app from Plex, is available for US$4.99 at Google Play.Plex is a good looking media platform for running media files on Google TV, tablets,phones and so on. Online channels include Hulu, Vimeo and more. 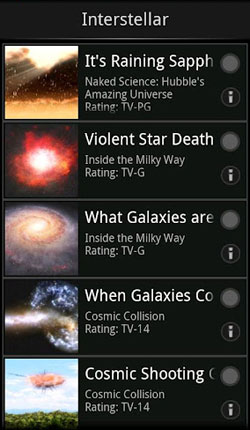 On looks and apparent tight integration between my existing Android-based devices, Idecided to check out Plex’s two Android apps. I was interested in particular in how wellthey integrate Android tablets and Google TV.

Plex provides a media server that installs on your regular Windows and other OScomputers via a Web-based download.

It then streams your media — like photos, video andmusic — over the network and onto your other devices, say an Android tablet, for example.

I’ve tried many media servers before — I wrote about Orb in this column last year — and Ihave always found them to be resource hogs, with transcoding and other tricks slowingdown the server Windows machine.

I was keen to try Plex on a recent, newish, decently specified machine this time. I chosean 8 GB RAM, 64-bit dual core i3 Dell.

I’ve found the media server concept in the past to be bordering on geeky, and toocomplicated to configure and maintain for average media consumers, so I was interestedto see whether slick-looking Plex had improved matters.

First up, Plex is pretty. There’s no denying it is superior in looks to Orb and Tversity.With Plex’s Germanic white, orange, light and dark grey colors, it’s lovely to look at, anddoesn’t affront like most DVR, TV cable, and media player box UIs do.

However, surprisingly, some large-icon pixelation was apparent on the Google TV appwhen viewed on a 720p television. Come on Plex — no excuse.

Is a button labeled “Add a New Connection” with text description: “Add a connection foreach network address this media server is available at” user-friendly? I think not.

Having played around with media servers for eight years, I can safely say I have no ideahow to add that connection, or why I should, or shouldn’t — particularly when it startsspouting gobbledygook like “leave the ‘port’ field blank to listen on the default Plexmedia server port … .” Too geeky.

Having gotten nowhere beyond buying Plex for Android and loading it on my Toshiba Thrivetablet; buying Plex for Google TV and loading it on my Logitech Revue box completewith the last-week updated Android 3.2; signing up for a Plex account and downloadingthe media server to my Dell; choosing a few folders to add to the library; and being presentedwith never-ending “loading” messages on the tablet and TV — I went for a coffee.

When I got back I saw that my library had begun to populate on the devices, and mediacontaining folders were showing up, if slowly.

There seems to be a perplexing techies’ assumption on the part of Plex, the corporation, that userswill instinctively know how to use its apps. It needs to get someone in there to reorganize the setup instructions — which do exist but are buried in various unintuitive locations.

Crucial steps — like add folders to the library; index your media before expecting to seeit streamed; open an account and sign into it on all of the devices; wait for the media topopulate before throwing your hands into the air — all need to be explained if Plex wants totake this app and concept beyond geekdom.

I was unable to get the media player to initialize when playing back one of the two onlinechannels I had added, Hulu and YouTube. The Hulu playback failed with a mediaplayer time-out error message that appeared within both the Android tablet app and theGoogle TV app.

The YouTube app played fine on the Google TV install, and I was able to see a tennisplayer kick a line umpire. However, I got a media player time-out again — this time withYouTube on the tablet, and I was unable to watch my selected Portugal vs. Holland’s 2-1Euro 2012 soccer victory snippet.

I was continually presented with lethargic “loading…” and “initializing media player”messages that frustrated me.

I’m currently lucky enough to be using an admittedly expensive Sonos multiple-zonewireless music system to stream online music, which is working flawlessly. That smoothexperience has woken me up.

Plex, Google TV and others, please get your act together to compete in this market.

The Death and Rebirth of Microsoft