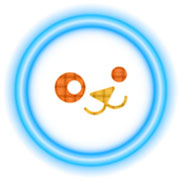 Puppy Linux is a distro I keep coming back to. No matter how entrenched I become with any flavor of Ubuntu — sans the Unity desktop — or Linux Mint’s Cinnamon and KDE desktops, nothing can beat the speed, convenience and reliability of Puppy Linux on a stick.

Boot it directly from a hard drive or from an external drive; either method is fast and convenient with no dual boot menus required. Puppy barks impressively. The credit for that is its design to run in RAM rather than pull its code from slower physical or optical drives.

Head developer Barry Kauler released version 5.4.3, aka Precise Puppy, in Oct. 2012. This latest release makes Puppy Linux better than ever. It is a fully functional Linux OS that puts its power and effectiveness in performance, rather than gobbling up resources with excessive eye candy.

That does not mean Puppy Linux gives you a boring, adolescent desktop. To the contrary, Precise Puppy is a mature hound dog that puts you in full control of your computing environment with a pleasant graphical user interface based on the JWM (Joe’s Window Manager) desktop manager. This is a lightweight stacking window manager for the X Window System. Do not snicker at its name, either. This distro can easily become your computing best friend.

Besides its speed and performance, the chief advantage to using Puppy Linux is its portability. You store the entire OS with your personalized settings and files on a USB or CD drive. This brings your own desktop to any computer you encounter. When you exit Puppy Linux, the OS and all of your files go back into your pocket.

The last time I reviewed a new release of Puppy Linux was in 2008. I continued to use a few upgraded Puppy versions since then. Puppy Linux remained fun to use and was always my fallback distro when I wanted a change of pace.

Puppy Linux has enough similarity to other popular lightweight desktops environments like Xfce and LXDE (Lightweight X11 Desktop Environment), so it is easy to use. When I first stumbled on Puppy Linux about six years ago, I only needed a short learning curve to be able to do serious work. Precise Puppy sports a few modernizations with its setup and configuration tools. This makes using it even easier.

The look and feel of Precise Puppy is mostly the same as earlier versions. The enhancements are found inside. The biggest improvement in the latest version is the expansion of its software repository. This version, as the more recent ones, is based on Ubuntu, so the naming scheme is obvious.

Other improvements are evident in the more refined menus and user interface. Booting times are noticeably faster as well. Precise Puppy, like earlier versions, gives you the option with the first use to place some of the environment libraries on the hard drive to speed up repeated booting on the same computer. Even with a boot completely from the USB or CD drive, Puppy 5.4.3 is much peppier in getting to the desktop.

The default distro package manager uses a unique.pet (Puppy’s Extra Treats) file structure for software archives. Users have to follow a format conversion process to transform other file systems to the .pet format. That process is not always successful.

However, an active community of volunteers and users posts package conversions in the Puppy community forums. A search or friendly request usually turns up an available .pet package for download.

Precise Puppy’s expanded compatibility with Ubuntu files makes installing Ubuntu 12.04 .deb packages directly from the Puppy Package Manager much more convenient. In Puppy’s last version this was a clunky process that seemed to rely on chance for successful installations. I had much more satisfying results installing .deb packages in Precise Puppy.

Access to .deb files from the Ubuntu repository is nice but not critical. The Puppy .pet repository has an ample inventory of popular Linux packages. That is one reason that Puppy Linux is an ideal alternative distro. I am able to run the .pet versions of every software package that I use in both Ubuntu and Linux Mint, which is another Ubuntu derivative. These include LibreOffice, GIMP, Geany Text Editor, and Leafpad, as well as the Firefox and Google Chrome web browsers.

Download Puppy Linux here. Pick the Puppy version that matches your needs; you have several choices. Puppy Linux comes in three basic breeds. Whichever version you download, the loading process is a bit different than other Linux distros. Choose from Precise Puppy, Slacko Puppy based on the Slackware distro, and Wary Puppy for much older computers.

Try Precise Puppy first or get older versions available from the developer’s web site to run on legacy equipment. I have not met an older computer yet that did not run a recent version without resorting to Wary Puppy. Wary Puppy is built with a less recent Linux kernel and X.org version to handle older computers.

Puppy Linux does not have a live session CD environment. You run it in RAM and store your files in its self-contained storage file. Puppy Linux running in RAM does not make any changes to the hard drive partitions or other files. Plus, you can do a full disk installation, or choose the option for a frugal installation that is similar to a dual boot. This lets you create a segment on an existing hard drive partition to save the Puppy user file and quick startup libraries.

Regardless of how you handle the installation options, you must first burn the downloaded ISO file to either a USB or CD drive to make it bootable. Regardless of your startup method, you can mount or unmount external storage devices and the hard drive to access data, music and video files created elsewhere.

The Puppy Linux desktop is a friendly environment. It resembles the Microsoft Windows XP appearance but has the basic functionality of Xfce or LXDE. You can right-click anywhere on the desktop to get a full menu display right there.

For example, you can also click on the Menu button at the extreme left of the traditional Windows-like task bar across the bottom of the screen. This task bar, however, is not a true Linux Panel like that in GNOME 2. It holds the configurable workplace switcher app to the right of the menu button. It holds the minimized windows in the center portion. The traditional notification icons are near the right edge of the task bar.

A configurable quick launch dock hides at the top edge of the screen until you touch the mouse pointer in the top center space. You can have the desktop your way with launch icons on it or not. The default configuration displays some 20 standard icons on the desktop. A new desktop icon management app makes adding or removing desktop icons much easier than the more manual approach earlier versions of Puppy required.

Good With a Little Bad

One prominent criticism of Puppy Linux is its lack of a password for user login. By default, anyone who has access to the bootable medium loads the OS as root. You can, however, apply firewall and encryption options.

Puppy Linux saves your personal files within the encrypted OS environment. This file, somewhat like a virtual machine or sandbox environment, is called the pup_save.3fs file. It contains all RAM content — system changes and file data — and is periodically saved during use and at shutdown. Beyond that measure, you can elect to encrypt it with password access.

Since Puppy Linux is designed as a single-user OS, you can easily create a bootable disk for anyone you want, devoid of all personal data and information. You can secure the USB or CD bootable disk with its Puppy system and your data files in your pocket or locked safe if security is a pressing concern in your personal work space. Another option is to store your personal data on a separate USB drive or access via a cloud storage service. I use both of those approaches.

Puppy Linux does not require routine patching and updating. To upgrade to a new version, all that is needed is a fresh ISO file. All of the saved files and settings automatically integrate from the Puppy_save file on the storage medium.

The success of the Puppy Linux distro is its lightweight design that delivers a powerhouse performance. The combination makes Puppy Linux an ideal OS for netbooks and older computers with limited storage and memory. Run it on a hardware-enhanced modern machine and expect to experience whiplash.

Puppy Linux has the ability to boot from a flash card or any USB memory device, CDROM, Zip disk or LS/120/240 Superdisk, floppy disks or internal hard drive. It can even use a multi-session formatted CD-RW/DVD-RW to save everything back to the CD/DVD with no hard drive required at all.

The Precise Puppy version is fast and convenient as well as easy to use. It offers a great way to learn about the Linux OS for novice users. It has all the power and functionality of any feature-laden sluggish OS that installs to a hard drive.