Salesforce Gets a Grip on Quip

The deal is worth about US$582 million, according to a Salesforce filing with the U.S. Securities and Exchange Commission.

Quip provides a chat feature that’s built into every document and spreadsheet. It includes a smart inbox; lets users direct-message team members and comment directly on any piece of content; allows insertion of items such as code, images, cells and spreadsheets into a document; and supports smart notifications.

Users can set permissions at the group or folder level, and content is encrypted. It offers single sign-on for third-party apps. Quip works on desktops and mobile devices.

Quip will “be able to extend the Salesforce Customer Success Platform in powerful new ways with our next-generation productivity capabilities,” Quip’s Taylor and Gibbs wrote. “The possibilities of mixing data, content and communications are amazing.”

The application is available in 12 languages, including English. Chinese, Korean, Spanish, French, Italian and Dutch.

Quip charges small business customers $30 a month for a team of five, and $10 per month for each additional person, with an annual commitment. Enterprises pay $25 per month per person, and get additional features including access to the Quip API for customization, e-discovery and programmatic auditing, and block sharing.

The purchase gives Salesforce two things it currently doesn’t have, Lepofsky said. One is a long-form content creation engine, and the other is persistent chat.

“You can create short posts in [Salesforce] Chatter and Community Cloud, but Salesforce doesn’t have a tool for creating truly compelling content,” he pointed out.

Salesforce “was early to the game in recognizing the value of collaboration and content around CRM processes with Chatter and content,” noted Rebecca Wettemann, a research vice president at Nucleus Research.

Integrating Quip “gives Salesforce more of an answer to the Microsoft Dynamics 365 integration of Office and CRM,” she told CRM Buyer.

The goal is to create “large ecosystem of compatible products, built on the same standards and supported by the same platform,” said Denis Pombriant, principal at Beagle Research.

Profiting at the Edge

As core CRM capabilities become increasingly commoditized, vendors have two options, according to Nucleus. They can add edge capabilities that deliver more value, or invest more in usability — and most have done both.

“The point of the acquisition is to continue building out the [Salesforce] platform,” suggested Pombriant.

“Salesforce sees itself as becoming a latter-day Oracle or similar vendor,” he told CRM Buyer. “To do this, they need to have as broad an offering as possible.”

Microsoft Word doesn’t meet current business needs, because “documents have become primary points of collaboration, especially for businesses that are spread around a geography,” Pombriant noted. “Consequently, having a word processor that integrates well with the other components of a modern front office makes sense.” 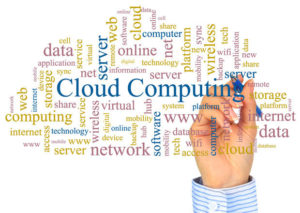 Platform as a Platform