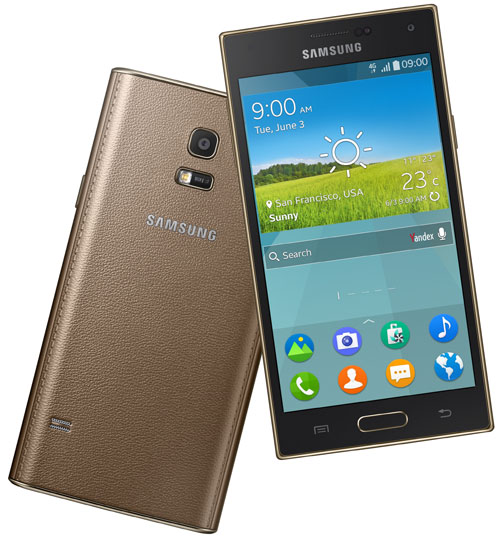 Samsung has been doing just fine with Android, but it appears to want an OS of its own to fall back on, just in case. It appears to be a steep hill to climb, though. "I see this as a much tougher proposition than anyone realizes," said Gartner analyst Tuong Huy Nguyen. "It's even more difficult for Samsung, because their competency seems to lie in hardware and not so much on the software side."

Samsung has delayed the launch of its Samsung Z smartphone running the Tizen OS, which was scheduled for Q3 release in Russia.

The move, just short of two months after the Samsung Z’s launch at the Tizen Developers Conference, sparked a death watch for the device.

However, Samsung reportedly said it needed to further enhance the Tizen ecosystem.

“What we’re facing now is an extremely competitive market with a number of platforms that have decently developed ecosystems, and bringing in a new ecosystem, whether from someone brand new or established, is going to be extremely difficult,” said Tuong Huy Nguyen, a principal research analyst at Gartner.

“Consumers already have an ecosystem they’re comfortable with,” he told LinuxInsider. “You’re asking them to make a leap to something that they’re not familiar with, and that’s not as well established in terms of applications and hardware as some of the other players out there.”

Tizen is an OS based on the Linux kernel and the GNU C Library. It is geared toward embedded devices, including smartphones, tablets, in-vehicle infotainment devices, smart TVs, laptops and smart cameras.

It aims to offer a consistent user experience across devices — something Microsoft is gunning for under CEO Satya Nadella, who wants to create one version of Windows for PCs, laptops and mobile devices.

Tizen was developed by Samsung, then handed over to the Linux Foundation. It is now governed by a Technical Steering Group whose members include Samsung and Intel.

In fact, Tizen is Samsung’s second stab at extending its own smart devices OS; Bada, which has been incorporated into Tizen, was the first.

Planet of the Apps

Tizen lacks apps, which are the lifeblood of any mobile ecosystem.

“Every time [Samsung tries] to bring the Tizen smartphone out it doesn’t get great reviews, primarily because there are no apps for it,” Rob Enderle, principal analyst at the Enderle Group, told LinuxInsider. “Samsung’s never been good with developers.”

Tizen “is reasonably robust, but it’s so young — and it doesn’t have an installed base,” Enderle pointed out.

More Than It Can Chew?

Samsung was largely responsible for Android’s strong showing in the market — it sold 65 percent of all Android devices, Localytics reported earlier this year — but it essentially put all its eggs in one basket. Meanwhile, Google strongly supported competitors such as HTC.

So, Samsung began extending Tizen’s reach, not only into smartphones but also into embedded processors, through Intel. Had it succeeded, Tizen would have posed a serious threat to Google, which is pushing Android into the connected car market.

“Samsung has been trying to give themselves and their customers — operators and channel partners — an option beyond iOS and Android, but I see this as a much tougher proposition than anyone realizes,” Nguyen said.

“It’s even more difficult for Samsung,” he added, “because their competency seems to lie in hardware and not so much on the software side.”