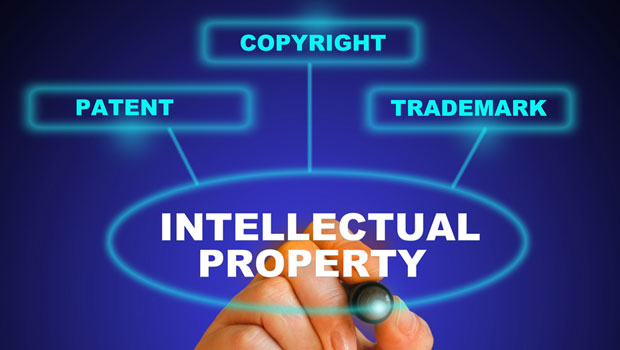 The U.S. Supreme Court once again has changed the landscape for software infringement litigation. In a decision released last week, the court severely undercut the ability of plaintiffs to seek out courts that have a track record of being “friendly” to the plaintiff’s position — a practice called “forum shopping.”

The Supreme Court’s unanimous ruling in TC Heartland v. Kraft Food Brands compels plaintiffs seeking software infringement remedies to submit their cases only in district courts located where the defendant in the case either resides, or conducts a significant amount of business. The decision overturned previous rulings that allowed the filing of such patent cases just about anywhere the defendant did any kind of business or had any connection, however tenuous.

That leeway had led to a high concentration of patent proceedings landing in just a few courts, with the U.S. District Court for the Eastern District of Texas the clear leader, by volume. Many information technology providers, as well as congressional lawmakers, have expressed dismay at the behavior of the EDTX in cases pursued by patent assertion entities, or PAEs, often disparagingly called “patent trolls.”

Legal analysts disagree on the impact of the Supreme Court decision, however. If their differing opinions actually play out in the legal system, the Court’s ruling may not be as definitive in practice as it is in theory.

In general, PAEs, also known as “non-practicing entities,” or NPEs, acquire patents from parties that hold licensing rights but never intend to produce a product or provide a service covered by those patents.

The acquiring PAEs also have no intention of marketing the patented product or service. A high number of such patents involve software licenses. PAEs then search for organizations that allegedly have infringed the acquired software patents and seek to recover licensing fees — or hefty financial settlements resulting from aggressively pursued lawsuits.

The decision could reduce significantly the role of the Texas venue, and also curb software patent trolling.

The ruling “stunned the nation’s IP community by declaring that a nationwide venue for patent cases is now dead,” wrote Thomas Duston, a partner at Marshall, Gerstein and Borun. “The consequences of the Supreme Court’s action cannot be overstated. Venues favored by patentees — in particular, the EDTX — are destined to see a dramatic decline in patent litigation.”

Patent plaintiffs “flock to magnet jurisdictions” because they anticipate gaining an advantage, notes an amicus brief filed by BSA/The Software Alliance. “Limiting undue forum shopping is necessary to eliminate the perception that patent litigants can alter the result of litigation through choice of venue.”

The high court ruling “is an important step in restoring balance in litigation and confidence in the patent system,” said Aaron Cooper, a vice president at BSA.

Patent holders win 72 percent of jury trials in the EDTX, according to another brief filed by a group of Internet companies and other businesses.

“The Supreme Court has issued a significant ruling in the longstanding battle against those who would abuse our patent system,” noted Linda Moore, president of TechNet. “By ensuring that lawsuits must be filed in the states where defendants are incorporated, this ruling will help limit the practice of forum shopping and curb frivolous lawsuits.”

The EDTX got into the business of patent law because several judges consciously decided to cultivate that specialty. The reasons were varied, but one draw was that such cases were intellectually stimulating. Another likely factor was a philosophical bent to prefer the jury trial, versus the summary judgment, as the ideal decision vehicle.

“We have evidence that Judges Ward and Davis consciously sought to increase the number of patent cases in the Eastern District of Texas,” said Greg Reilly, a professor at the Chicago-Kent College of Law and coauthor of a study of EDTX practices.

“At a symposium at SMU, both acknowledged as much and identified a desire for interesting cases as their reason,” he told the E-Commerce Times.

The result was that the court engaged in “forum selling,” according to the study.

“Forum shopping is the action of the plaintiff seeking the most favorable venue. Forum selling is the actions judges take to try to attract plaintiffs,” said Daniel Klerman, a professor at the USC Gould School of Law and coauthor of the study.

“Forum shopping is a relatively accepted part of litigation. Forum selling is usually considered bad and is a phenomenon that has only recently been identified,” he told the E-Commerce Times.

The patent activity at EDTX took off. In 2012, 23 percent of all U.S. patent cases were filed in the Eastern District of Texas, increasing to 28 percent in 2015 and 44 percent during the first half of 2015, according to Klerman and Reilly.

In 2015 alone, Judge Rodney Gilstrap was assigned 1,686 of the EDTX patent cases, according to Jonas Anderson, a professor in the Washington College of Law at American University.

To efficiently process cases, local rules were adopted to keep tight schedules and minimize summary judgment motions, other filings and discovery. The EDTX “rocket docket” protocols favored plaintiffs by limiting defendants’ opportunities to rebut, while keeping the threat of lengthy and expensive trials looming — a situation that often forces settlements.

Talk of the Extinction of Trolls is Premature

The Supreme Court decision may curb PAE activities, but by no means is it a death knell for patent trolls. Many cases will be filed in Delaware instead, as a large number of companies are incorporated there, according to David Elkins, a partner at Squire Patton Boggs.

PAE activity may slow down in general, as a result of other legal factors that limit the basis for filing suits, but a significant amount of PAE activity will remain, he told the E-Commerce Times.

“If a case that would have been filed in the Eastern District of Texas before TC Heartland is filed in one of these other districts, then the two sides’ motivation to settle will not be too different,” he said.

It’s much too soon to count out the EDTX.

NPEs may expand the range of targeted defendants from a single alleged original violator to any subsequent user to which the original violator may have passed along or marketed the software, both Reilly and Klerman suggested.

“NPEs may also sue retailers rather than manufacturers — that is, original violators — in the Eastern district. That might enable them to sue even more often in that court. If a retailer such as Walmart or Target has deep pockets, the NPE might be just as happy suing the retailer as suing the original violator,” Klerman said.

The decision may “encourage these plaintiffs to extend their actions,” Michael Smith, a partner at Siebman, Burg, Phillips and Smith, told the E-Commerce Times.

“I hesitate to declare the EDTX dead. It has always managed to survive thus far,” said American University’s Anderson.

“I think that there will be some dropoff in cases in east Texas, but the judges and the community are so invested on keeping the patent litigation train running, I don’t think this signals the end of the district as a major player in patent litigation,” he told the E-Commerce Times.

One impact of the decision is that alternative courts will not be as friendly to PAEs, and plaintiffs will have more leverage to settle for lesser amounts, said Anderson. “Basically, the price of paying off trolls just went down.”