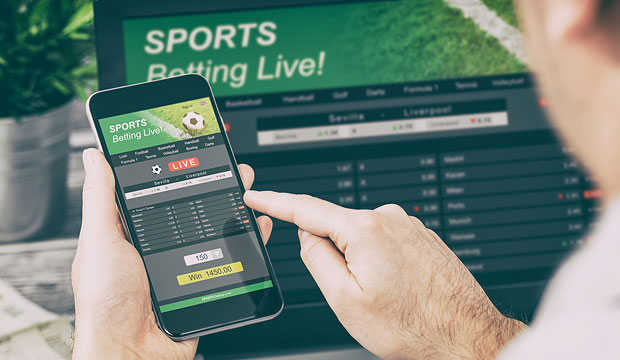 “We think it’s in the range of (US)$150 billion being waged that way right now,” he told the E-Commerce Times. “As the market becomes regulated, we think that market will move into legal, regulated online U.S. operations.”

Some of that money already is being eyed by the states, now that they’re empowered to set up schemes allowing fans to put their money where their loyalties lie.

“By heavily regulating sport betting, the states hope to get income through taxes and to take nefarious elements out of the equation,” said Mukul Krishna, global practice head for digital media at Frost & Sullivan.

“There are social and moral arguments against it,” he told the E-Commerce Times, “but in terms of a market, people are talking about $100 billion to $400 billion. It’s huge. “

The lawsuits challenged the Professional and Amateur Sports Protection Act, passed by Congress in 1992, which banned states from authorizing sports gambling.

In a 6-3 decision, the Supremes ruled that Congress exceeded its powers when it approved PASPA.

The law violates something called the “anticommandeering rule,” which bars Congress from directly controlling the states’ legislatures, they found.

“It is as if federal officers were installed in state legislative chambers and were armed with the authority to stop legislators from voting on any offending proposals,” Justice Samuel Alito wrote for the majority. “A more direct affront to state sovereignty is not easy to imagine.”

In a dissenting opinion Justice Ruth Bader Ginsburg acknowledged the commandeering language, but maintained that it was not cause to scrap the law entirely.

“Deleting the alleged ‘commandeering’ directions would free the statute to accomplish just what Congress legitimately sought to achieve: stopping sports gambling regimes while making it clear that the stoppage is attributable to federal, not state, action,” she wrote.

By outlawing sports betting, however, Congress only drove it underground.

“Our reason for advocating repeal of PASPA has been to implement legal, regulated frameworks that shut down illegal gaming operations, a lot of which is happening online,” explained Casey Clark, vice president for strategic communications at the American Gaming Association.

“What we want to see put in place are opportunities for consumers to have access to the kind of opportunities they like and are demanding,” he told the E-Commerce Times, but “in an aboveboard way.”

With so much potential money at stake, the online gambling scene could start attracting new players.

“Initially, it’s going to attract folks who are well-versed in operating well-regulated sports books in the United States,” Clark noted, “but it could attract European operators who have been doing this for a long time in places like the UK.”

Those European outfits may be catering to more than American bettors.

“U.S. sports, even college sports, has a pretty good international following,” Frost’s Krishna said. “It’s how well the U.S. has been able to sell Americana for decades.”

Whether online sports betting can attract new players may be less important than which new players it attracts.

“One of the big questions is going to be the degree to which larger, established corporations get into this business,” said Joshua Benton, director of the Nieman Journalism Lab at Harvard University.

“You can compare it to the marijuana industry,” he told the E-Commerce Times. “At this point, the alcohol companies haven’t made huge investments. It’s been mostly startups because it’s still uncertain.”

Because sports gambling is now in the hands of the states, betting businesses are going to have to deal with a variety of approaches.

“Some of them may decide that you do these bets, but you have to do it at a casino, horse racing track, OTB or something like that, which might constrain the activity,” Benton said.

“Others may say it’s totally fine to do it online, or to do it the way you buy a lottery ticket, at a gas station,” he continued. “We just don’t know how it’s going to evolve, but it’s pretty clear a lot of money is going to be entering this industry pretty soon.” 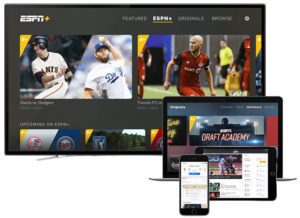