But some of the most interesting large companies can also be privately held, and while they might be known to the press and analyst community, they give the finance guys little to write about. Too bad, too, because you can miss a lot if all you’re looking for is numbers for the shareholders.

Take SAS Institute for example. Founded in 1976, SAS is a pioneer of the analytics market, has a 34 percent share — more than any other vendor — generates about US$2.3 billion in revenues, never had a down year and has always made a profit. But they’re private, so the numbers don’t get the same attention a public company’s numbers would get because you can’t buy the stock.

According to the company, SAS spends about 24 percent of its considerable revenues on research and development, and their 11,000-plus employees in over 400 global offices treat customers like customers think they should be treated. This alone should be enough to draw some attention, but then if you add in the recent award from Fortune magazine for being the best company in the U.S. to work for, you get serious wow factor.

James Goodnight cofounded the company with three other people, two of whom left the party early, too bad for them. Goodnight is the CEO and technical soul of the operation, and this week I had the good fortune to attend an analyst and media briefing at their headquarters in Cary, N.C. That was followed by something called the u201cPremier Business Leadership Seriesu201d event in Las Vegas, a business conference presented by SAS that brings together more than 600 attendees from the public and private sectors to share ideas on critical business issues.

I know what you’re thinking, but it’s been more than three hardware generations since I’ve been to Vegas, and I routinely avoid conferences there, but I went this time because SAS had some interesting things to say. First off, they made two product announcements that I can resonate with because they involve social media and, more importantly, they make great strides in helping people use social technologies for business purposes.

Lost in the social frenzy, in my humble opinion, is the idea that social technology is a good listening tool, or ought to be. Social technology, after all, is a surrogate for an interaction with someone, a way to be present when you are not. In short, it is a way to gather input from other people before launching our latest discourse about our favorite subject — us. SAS gives me hope that this might actually happen.

Exhibits A and B come in the form of two SAS product announcements — SAS Conversation Center and SAS for Customer Experience Analytics.

SAS Conversation Center most interests me. The conversation center measures the level of influence that a Tweeter has by analyzing the volume of content the person generates as well as how often the person is included in conversations. It then compares this information with a company’s taxonomy of topics to determine which area of the business the tweet is aligned with.

This analysis can help a company to determine what’s being said about it and determine which topics to pay attention to and to address. It may not be as good as a direct conversation, but it doesn’t have to be. It need only filter out the majority of tweets that are not relevant and it will be a powerful tool.

I would like to see the conversation center quickly evolve to track other social media, especially Facebook, and it would be nice if a control center evolved with it so that a single interface could monitor the social sphere. We’ll see.

From Curiosities to Tools

The second announcement, SAS for Customer Experience Analytics, is a cloud-based application aimed at providing predictive analytics to help companies present customers with the best offers at the right time. That sounds easy, but it is not. Customers, especially when surfing, have short attention spans, and one chance may be all a vendor gets, so the stakes are high. While other companies have similar offerings, one that has the SAS analytics engine behind it will be an interesting addition.

SAS for Customer Experience Analytics is the latest addition to the SAS cloud suite, which includes 19 other analytic applications, including SAS Social Media Analytics and SAS OnDemand: Campaign Management.

These products come along at a good time for the evolution of social technologies. In addition to new products, SAS announced the results of a significant study it sponsored. Conducted with Harvard Business Review Analytic Services, the study’s findings are too long to list here, so check the company’s website. One example will have to suffice till the next time. Despite social media’s potential to enable companies to listen to and understand their customers, 75 percent of the companies surveyed did not know where their most valuable customers were talking about them, or what was said.

More than anything, these results show that social media is still clearly still in its infancy, but solutions like these may be the killer apps that turn social curiosities into the tools we always believed they could be.

Denis Pombriant is the managing principal of the Beagle Research Group, a CRM market research firm and consultancy. Pombriant’s research concentrates on evolving product ideas and emerging companies in the sales, marketing and call center disciplines. His research is freely distributed through a blog and Web site. He is the author of Hello, Ladies! Dispatches from the Social CRM Frontier and can be reached at denis.pombriant@beagleresearch.com.
Get Permission to License or Reproduce this Article 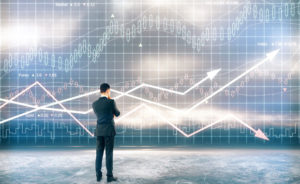