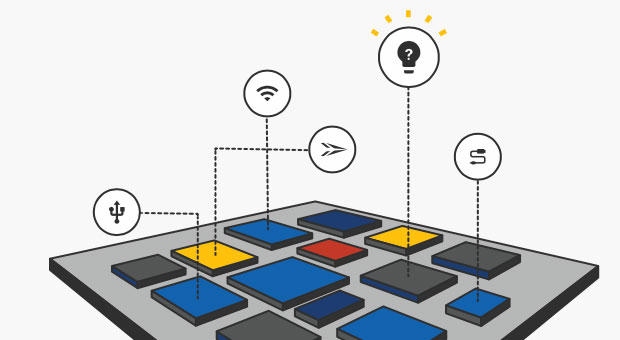 SiFive on Monday announced its flagship Freedom family of system on a chip platforms.

The platforms are based on the free and open source RISC-V instruction set architecture that several of the company’s founders created at the University of California at Berkeley.

“The software cost is a huge part of taking any chip to production,” noted Jack Kang, SiFive’s VP of product and business development.

“The costs vary wildly, but the software engineer to hardware engineer ratio at semiconductor companies tends to be one-to-one, if not higher, these days,” he told LinuxInsider.

The Freedom U500, from the Unleashed family, uses 28nm processors and targets machine learning, storage and networking. It supports standard high-speed peripherals including PCI3 3.0, USB 3.0, Gigabit Ethernet and DDR3/DDR4.

The Freedom Everywhere family is designed for the embedded microcontroller, IoT and wearables markets. It uses 180nm processors architected for minimal area and power consumption. The Freedom E300 platform supports RISC-V compressed instructions, which reduce code size up to 30 percent.

The company is in talks with several firms interested in the Freedom Unleashed and Freedom Everywhere platforms, but isn’t announcing customers at this time, he added.

Full field-programmable gate array models of each SoC are available through SiFive now.

Devs can prototype customizations as custom RISC-V instructions, accelerators and coprocessors. They also can purchase development boards with the Microsemi SmartFusion 2 SoC FPGA.

The RISC-V instruction set architecture specification is open sourced under the BSD license, Kang said, so anyone is free to use and implement it.

The nonprofit RISC-V Foundation, which appointed its inaugural board of directors last month, holds the logo and is chartered to manage the spec, Kang said, but membership isn’t required to use or implement RISC-V.

Foundation platinum members include NVidia, Qualcomm, Microsoft and Google, but “I wouldn’t read too much into this,” cautioned Jim McGregor, a principal analyst at Tirias Research.

“Many of the companies, like Google, support every new architecture that comes along as a way of hedging their bets,” he told LinuxInsider.

That said, “everyone is looking to customize silicon for their particular applications because of design constraints such as power, size, thermals and performance,” McGregor pointed out. “This is why there’s so much interest in looking at all the different architectures, especially when the vendors are willing to license the IP or design custom SoCs.”

Open source solutions do reduce some of the license fees, and should open the ecosystem to a larger community, McGregor suggested.

“However, designing an SoC requires many different forms of intellectual property, and it’s almost impossible to build a chip today without paying royalties to someone,” he observed.

Another sticking point is that the final pricing of the products hasn’t been disclosed.

Developing an architecture by committee “may also lead to fragmentation, more frequent updates — or, worse, longer development times because of changes,” McGregor said.

RISC-V has “not been proven to be able to survive challenges to implementation design patents from potential competitors,” said Tirias Principal Analyst Kevin Krewell.

“The best opportunity for RISC-V may well be in new markets — such as China and India, where there are more greenfield opportunities,” he told LinuxInsider.

SiFive’s goal is to design custom SoCs based on the RISC-V architecture, so the products it has introduced “are really just development and proof-of-concept solutions,” McGregor said. “But it’s a good start.”