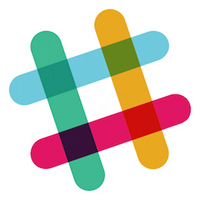 Slack this week announced its participation in an US$80 million investment campaign to fund startups that build software that integrates with its own apps.

The company also announced the availability of an app directory and a new development framework. The goal is to position Slack as a hub for connecting users to other cloud business software.

Slack’s business model centers on using a workplace productivity tool as a platform for creating other collaborative software. Instead of creating its own platform, it invests in the companies building on its tools and apps.

“Ideally, Slack hopes that the fund will attract a sizable crowd of developers to its platform, quickly deepening the number and variety of business apps and processes,” said Charles King, principal analyst at Pund-IT.

“That should expand Slack’s attractiveness to new organizations, thus embedding the company deeper in their daily processes and activities. Ideally, the process will be good for both Slack and its customers,” he told LinuxInsider.

The directory is intended to help attract developers and small companies to the Slack platform. The Slack Fund provides developers with a new source of support for building new apps, the company said.

The Slack Fund will support both Slack-first apps and business-to-business and enterprise tools that include Slack integrations as a core part of their offerings.

Slack will measure the funding success from the quality and adoption of the apps built by Slack Fund companies. It also will consider the overall investment produced in the Slack ecosystem, according to company officials.

Overall, Slack has done very well since its launch, King said. It is attracting a growing number of users, as well as about $340 million in total funding for an estimated $2.8 billion valuation.

Slack claims 2 million daily active users. The company serves as a communications integrator between its apps and other business chat and collaboration tools.

“But it’s still essentially a startup playing in a market populated by some very large and capable competitors,” King said.

Slack is using a sizable portion of its cash reserves to build out its platform capabilities and customer base.

That indicates that it is interested in remaining an independent entity, rather than relegating itself to being acquired by a larger, more able company, said King.

Slack calls its new framework for Slack development the “Botkit.” The software tool simplifies the creation of apps (especially bots) with a flexible code base that processes tasks such as authenticating applications to a team and sending, receiving and processing messages with its application program interface, according to the company.

The primary benefits for developers using Botkit are speed to market and a more efficient app creation process, Slack said. For example, developers can stop wasting time on basic functionality in favor of getting a head start on writing code for interacting with Slack.

Botkit also will provide new developers with a simplified way to get into programming for Slack by letting them build on the existing collection of tools available.

Slack already has backed companies whose products closely tie in with its platform development goals: Small Wins is a stealth startup; Awesome develops a bot application that creates summaries of Slack chats; and Howdy, the maker of Botkit, makes virtual assistant bots for Slack.

“Getting more people onto the platform is useful, but driving deeper integrations is way more important. People can’t just pick up and leave then,” he told LinuxInsider.

Clearly, revenue wins arguments. When cash is flowing, many other problems drop to the wayside or seem small. By building a developer ecosystem, Slack is cutting a huge community into some of the revenue, Casey said.

Any store or marketplace with a large number of apps will include some duds, but if just a few bring financial success, that helps the overall business operation, he noted.

“For every ‘Angry Birds,’ there are probably a million other apps, but the potential to be discovered drives attention,” Casey said.

The planned platform will be proprietary — but no one will care, according to Casey.

Stability issues will scare off many enterprises in the short term, but Slack will fix that, he said.

The biggest issue “is probably education within their ecosystem. If [Slack] doesn’t teach its ecosystem (aka developers) how to handle billing, market what they have and provide useful support, it could taint the ecosystem and drive negative sentiment, which drives down adoption,” Casey said.

The overtures Slack announced will have a positive impact on enterprise productivity, according to Anthony D. Paul, director of user experience atidfive. He implemented Slack bot at idfive and within his WordPress community.

“The biggest strength is how human Slack feels. Slack has managed to feel natural and personal in a way no other office communication tool has,” he told LinuxInsider.

Its strengths include simulating in-person chats for remote teams, giving project teams ambient but not intrusive project awareness, and skipping the training process with viral internal adoption. Another minor strength is the cross-device seamlessness, Paul said.

“Hangouts fails at this despite being on all my devices. Google hasn’t figured out how to mark a read message as read universally, so I have to dismiss it in multiple platforms,” he said.

The main weakness is Slack’s inability to easily invite guests to sandboxed sections, Paul said. Also, Slack gets into a project management gray area that could be formalized with complementary task management.